The escalating trade war between the US and China has dominated headlines, dragged markets down and aroused fears of a full-scale global trade war as several countries respond to new US tariffs with tit-for-tat measures.

While US President Donald Trump claimed recently on Twitter that trade wars are “good” and “easy to win” — history paints a very different picture. Here’s a look at six past trade wars and the havoc they caused to the global economy.

When a country (USA) is losing many billions of dollars on trade with virtually every country it does business with, trade wars are good, and easy to win. Example, when we are down $100 billion with a certain country and they get cute, don’t trade anymore-we win big. It’s easy!

When China attempted to suppress the opium trade in the mid 19th century — an illegal activity enjoyed mostly by British traders and the cause of widespread addiction and social problems — it led to armed conflict.

Or, as one analyst bluntly put it: “England went to war with China because it was upset that Chinese officials had shut down its drug trafficking racket and confiscated its dope.”

China burned more than 20,000 chests of opium, leading to a conflict which resulted in the ceding of Hong Kong to the British and an increase in the number of treaty ports where British ships could trade and reside.

A second conflict erupted when the British forces — this time joined by the French — fought again to extend their trading rights in the region. The end result was the establishment of more than 80 new treaty ports in China, the legalization of the importation of opium and rights for all foreign traders to travel within the country.

Aiming to foster its own fledgling industries, Italy turned to protectionism in 1886, ending its trade agreement with France and placing tariffs as high as 60 percent on French imports. France retaliated and trade fell dramatically between the two countries.

The result was the passing of the protectionist Méline Tariff in 1892 which essentially ended France’s dalliance with free trade. The trade dispute also had the unintended consequence of pushing Italy closer to Germany and the Austro-Hungarian empire in the lead up to World War I.

The Canadian-American Reciprocity Treaty, signed in 1854, was a trade agreement between the United States and the United Kingdom which applied to British colonial possessions, including Canada.

After the US Civil War, the Reciprocity Treaty with Canada was abolished; an act which kicked off decades of tit-for-tat trade measures and tariff retaliations. Unfortunately for the US, its protectionism policies led to the fleeing of American companies out of the US — perhaps with sweet irony, to Canada. 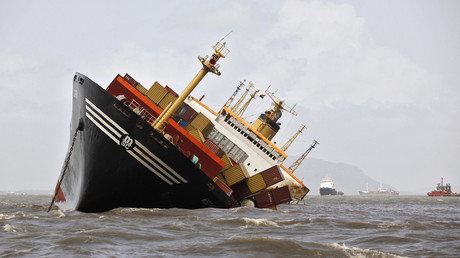 By the late 1880s, about 65 US manufacturing plants had relocated to Canada — and it took nearly a century for free trade to develop between the US and Canada again.

Some economists blame the Smoot-Hawley Tariff Act of 1930 for exacerbating the Great Depression. Implemented with the aim of saving US factories, the act raised tariffs on more than 20,000 kinds of imported goods — despite a petition signed by more than 1,000 economics and threats of retaliation from other countries.

The act did not revive the American economy, as its architects envisioned, however. Instead, it is blamed for spreading protectionist policies around the globe, helping global trade plummet by about 26 percent in the years after its signing.

Smoot-Hawley “was such a disaster that it’s held sway over American trade policy for over 80 years,” said Joshua Meltzer, a senior fellow at the Brookings Institution who teaches international trade law at Johns Hopkins University. “No one wants to repeat it.”

Cheap chickens sparked a trade war between the US and Europe at the height of the Cold War. The ‘Chicken War’ of 1963 erupted when France and Germany complained about the importation of inexpensive chickens from the US.

France and Germany slapped tariffs on American imported chicken and in response, the US placed a 25 percent tax on imports of Volkswagen microbuses, potato starch, dextrin and brandy imported from Europe.

The first US trade embargo on Cuba began in October 1960 and covered all US exports to Cuba apart from medicine and select foods. The embargo was later expanded to cover US imports from Cuba in 1962. The blockade was ordered by President John F. Kennedy in protest at Fidel Castro’s leadership and his alignment with the Soviet Union.

Taking hypocrisy to dizzying levels, hours before signing the embargo, Kennedy ordered a personal shipment of 1,200 Cuban cigars for his own enjoyment. Later, Kennedy’s press secretary Pierre Salinger visited the Soviet Union and was gifted with 250 Cuban cigars from Soviet leader Nikita Khrushchev, which he smuggled back into the US.

The US’s blockade of Cuba still stands today and it would require an act of Congress to remove it — something which would be highly unlikely, particularly under a Republican administration.

If history is any indicator, it seems trade wars are not “good” or “easy to win” as Trump has claimed.

In fact, they rarely result in big wins for anyone; they can sometimes have the opposite to the intended effect — and they are ultimately pyrrhic victories whose negative impacts can reverberate for decades.