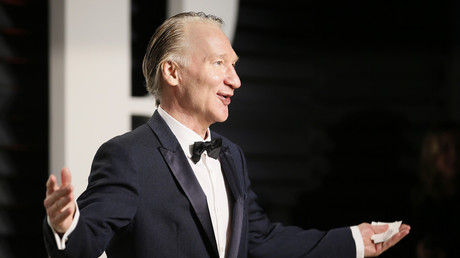 Comedian Bill Maher has called for a recession, explaining that it’s a way to get rid of President Donald Trump, even if people are hurt. His comments brought public anger on himself.

HBO’s ‘Real Time’ host Maher said on Friday that although the economy seems good at the moment, he feels that the bottom could “fall out at some point.” And that would be the end for the 45th president.

“That’s my question — I feel like the bottom has to fall out at some point, and by the way, I’m hoping for it because I think one way you get rid of Trump is a crashing economy,” Maher said. “So please, bring on the recession. Sorry if that hurts people but it’s either root for a recession, or you lose your democracy.”

This joke didn’t seem funny to thousands of people, who tweeted their anger on Saturday.

In 2008 I lost my house and job because of the recession.

Bill Maher hoping there is another is the most idiotic and ridiculous thing I have heard no matter who is in office.

Hey Bill Maher, my family lost everything in the last recession. Rooting for a collapse that wouldn’t impact you and your rich friends isn’t funny. @billmaher

Shocking but not surprising. Bill Maher just said he “hopes for a recession” just so we could try and “get rid of Trump“. Unreal. The Left is showing it’s true colors. They’d rather America suffer just as long as they regain power. Pathetic. Disgraceful. Disturbing.

Bill Maher hoping for a recession, Nancy Pelosi supporting MS-13, Chuck Schumer wanting the NOKO summit to fail & it goes on and on…

All because they hate @realDonaldTrump…

Some noted that Maher himself is a wealthy person who is unlikely to be affected by the recession.

“I hope for a recession to get rid of Trump. Sorry if that hurts people” – Bill Maher on HBO’s Real Time Friday.

In a related story, Maher makes 8-figures annually, so while a recession would cripple many people and families, note that he’ll be just fine under such a scenario.

Bill Maher makes thousands of dollars and is hoping for a recession so @POTUS will not be re-elected. Isn’t he proud of his stupidity! While he will still make his money many Americans will lose their jobs and Retirement, way to go Democrats!

According to the latest figures from the US Bureau of Labor Statistics, unemployment dropped to 3.8 percent, the lowest since the market crash of 2008. Yet opponents of Republican policies say that they would hurt people in the long run.

We don’t need Bill Maher to call for a #recession when we have the GOP adding $1.5T to the debt, deregulating banks, and undermining the ACA. Add higher cost of gas and other goods because of the Iran and tariff decisions, and average Americans are going to be back in 2009. 🖕🏽