Protests have erupted in Brazil’s capital after a recorded phone call between President Dilma Rousseff and her once-popular predecessor was released, suggesting that she appointed him to her cabinet to spare him from arrest for corruption.

Rousseff appointed Luiz Inacio Lula da Silva as her chief of staff on Wednesday hoping that his political prowess can save her administration.

The president is battling an impeachment attempt, a deep recession, and the fallout of an explosive corruption scandal at state oil giant Petrobras. 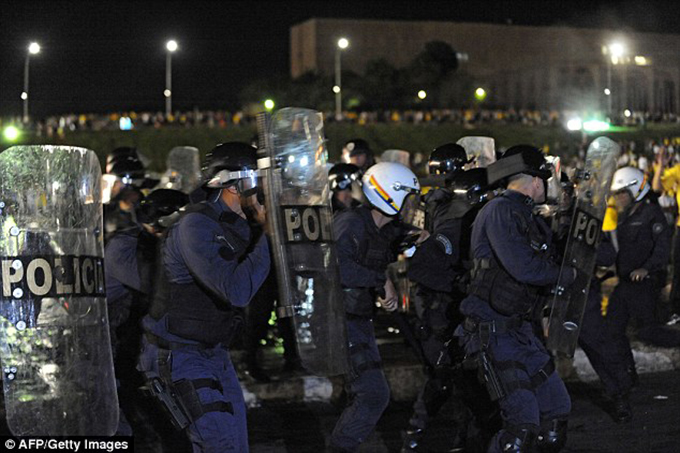 However hours after Lula’s appointment, federal judge Sergio Moro, who is heading a probe into the Petrobras scandal, ordered the release of a call recorded by police suggesting darker motives.

Rousseff called Lula’s bugged phone to tell him she would be sending him the official decree nominating him as her chief of staff so that he could make use of it ‘if necessary.’ 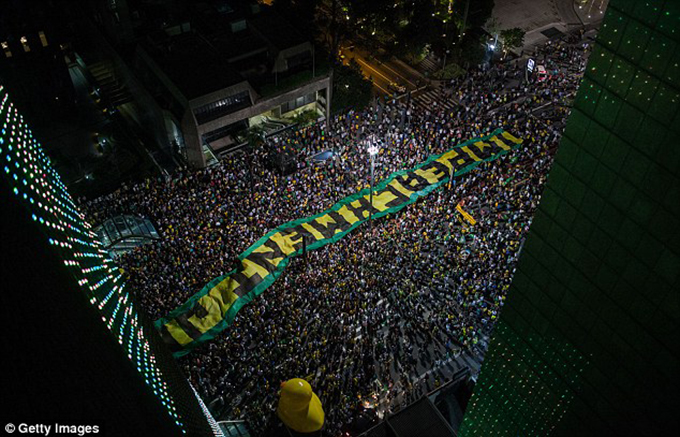 That extract seems to confirm that Lula’s nomination to the post was aimed at sparing him possible arrest for corruption.

Cabinet ministers can only be tried before the Supreme Court in Brazil, and ministerial immunity will now protect Lula from prosecution in criminal court.