A US researcher aiming to develop a herpes vaccine conducted illegal trials during which he injected people in hotel rooms and at a house on the island of St. Kitts, according to a new investigation.

William Halford, a former associate professor at Southern Illinois University (SIU), began his first “trial” in 2013. But the setting wasn’t a university laboratory or a room at a hospital – it was a Holiday Inn Express and a Crowne Plaza Hotel located 15 minutes away from the college, according to an investigation by Kaiser Health News.

Halford, who died of cancer in June, administered his experimental shots to at least eight herpes patients on four different occasions in the summer and fall of 2013. The volunteers were injected with a virus he had created, according to emails from seven participants and interviews with one participant.

In multiple email exchanges between Halford and the participants, seen by Kaiser, he asked them to send photographs of rashes, blisters and other reactions they might have received as a result of the injections.

Halford, who was a microbiologist rather than a physician, apparently knew that his makeshift trial was a violation of US law, as he stated the need for secrecy in one of his emails. He said it would be “suicide” if it became too public about how he was conducting his research. 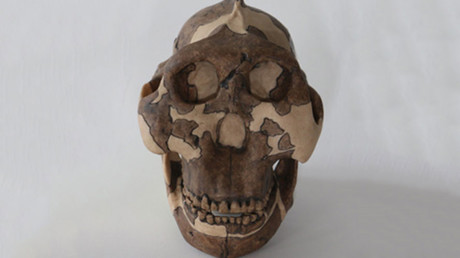 He described his methods in some of his emails, as well as the number of injections given.

“Just wanted to pass along that I immunized someone with the higher dose of the HSV-2 vaccine on Monday, and I attach the photos of the injection site at 48 hours to give you and everyone else an idea of what to expect…,” he wrote in September 2013. “This individual requested that I give him two immunizations to double the effect…one immunization per leg.”

Four days later, Halford wrote that “everyone’s vaccines contained ~150 million infectious units of the HSV-2 vaccine strain,” noting that the first injection of the group represented about a 30- to 40-fold increase over what others received in August 2013. In the same email, the microbiologist wrote that he believed the trials were important.

“Saturday Sept. 21 definitely represents a milestone in my career,” he wrote. “Don’t know how it will turn out, but I undoubtedly feel like this was a real test of the (a) safety / tolerability of the HSV-2 vaccine and (b) an opportunity to see if it has any therapeutic potential…I am indebted to all of you.”

In an email dated October 2, 2013, Halford told a participant that his hypothesis of the injection’s outcome was “nothing more than an education guess.” He added that “the proof is in the pudding…let’s see if your problems with outbreaks dial back or not.”

In addition to the trial being blatantly illegal, the microbiologist also did not obtain written informed consent from the participants, which is required by US law when testing a live virus on humans. Moreover, medical researchers are not allowed to inject people without a physician or nurse practitioner being present, Jonathan Zenilman, a doctor and expert on sexually transmitted diseases at Johns Hopkins University, told Kaiser.

Meanwhile, a man from Texas who said he received the injections said he fears the vaccine may have given him genital herpes (HSV-2), when he previously only had HSV-1, which usually emerges as sores on the face.

The Texan wrote in an email on February 24, 2014, that he was frightened after his second shot. “I got a large rash on my leg and it burned and swelled,” he wrote. “Then a blister popped up.” 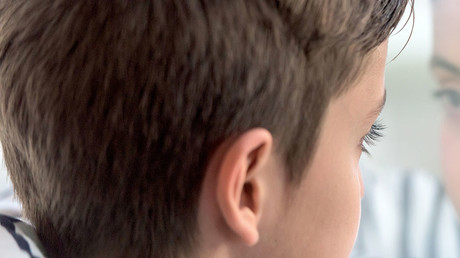 Responding to his concern in an email, Halford said: “I did not think the HSV-2 vaccine strain would be capable of reactivation, but perhaps I will have to reconsider that.” Experts who reviewed the man’s medical details for Kaiser said such a scenario was possible.

“It makes me angry that Halford went ahead with the offshore trial anyway,” the Texas man said. “I hope more people weren’t hurt.”

Another woman, however, claims to have been cured from Halford’s vaccine. She went on to help him recruit patients and organize injections.

The Texas man said he did not know how the trial was paid for, noting that Halford would not accept money from the participants and told them “it would get him in more trouble if he was ever caught.”

Even though Halford was apparently aware of the potential “suicide” that could occur if his under-the-radar trial became public, he launched a similar trial in 2016 at a house in St. Kitts, once again failing to notify US or local authorities. News of that trial was made public earlier this year.  A woman from Colorado who took part in that trial has also reported possible side effects from the injections.

Was the university aware?

SIU has refused to comment to Kaiser about Halford’s 2013 trials. However, many exchanges between Halford and the participants in 2013 were sent from his university email account. He also used the university telephone for communication and referred to a graduate student as assisting in the trial and to using a laboratory on campus. 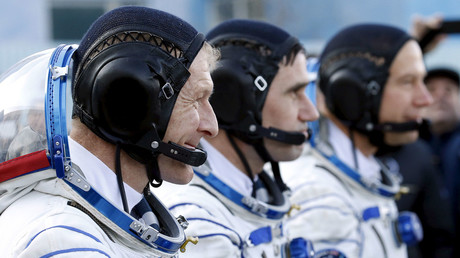 “My lab currently consists of myself and 1 graduate student and anything I do with you guys or your blood is extra and on top of what I get paid to do …” he wrote in a November 3, 2013, email.

After a Kaiser report stated that Halford completed the 2016 trial with no independent safety or oversight, the Department of Health and Human Services (HHS) demanded a response from SIU. In an initial response to federal authorities, the university said it found “serious non-compliance with regulatory requirements and institutional policies and procedures.”

“If deemed necessary, SIU will develop an effective corrective action plan,” the dean of SIU’s medical school, Jerry Kruse,  wrote in a letter to the HHS, which was obtained by Kaiser under the Freedom of Information Act.

The university previously said it had no role, responsibility, or knowledge of the 2016 trial on St. Kitts, because Halford pursued it through Rational Vaccines, a company he co-founded in 2015. Its sole purposed was to market and research the herpes vaccine.

However, SIU shared a patent on the herpes injection with the company, and promoted Halford’s research on its website. Furthermore, when a company owned by entrepreneur and PayPal co-founder Peter Thiel invested millions of dollars into the research in April, SIU publicly hailed Halford and Rational Vaccines.

Several of the participants of both trials have told Kaiser that they asked SIU for help. The Colorado woman called the university “dismissive,” while a participant from California said he wanted the university to continue the vaccine research with safety oversight while “taking responsibility.” When SIU did not provide him with an adequate response, he said “it was obvious they want nothing to do with us.”

Meanwhile, the surviving co-founder of Rational Vaccines, Hollywood filmmaker Agustín Fernández III, has said he considers the 2016 trial a success, and vowed to continue the research. He said that he was not involved with Halford’s work before the company was formed (meaning he had no part in the 2013 trial), but said he is aware of “individuals who experienced positive outcomes from the vaccine.”