Radio ads designed to boost the campaign of a Republican Missouri Senate candidate are raising eyebrows, as they include phrases like “black folk will be catching hell” if his Democrat opponent is voted into office next month.

One such ad features two African-American females talking about “what’s happening in Washington.” They talk about the Senate Judiciary Committee hearing of Supreme Court nominee Brett Kavanaugh, stating that it’s “dangerous to change the presumption of innocence to a presumption of guilt – especially for black men” – and that Attorney-General Josh Hawley, who is running for Senate, knows that. 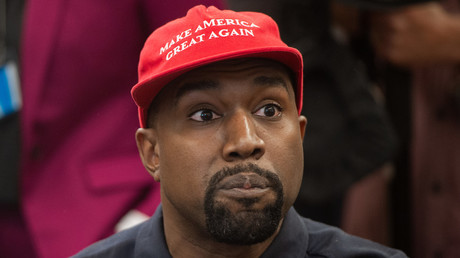 It then takes aim at Hawley’s opponent, incumbent Sen. Claire McCaskill, a Democrat who voted against Kavanaugh’s appointment to the Supreme Court.

“If Claire McCaskill can do that to a white justice for the Supreme Court with no evidence, no corroboration, and all of her witnesses – including her best friend – say it didn’t happen, what will happen to our husband, our father, or our sons when a white girl lies on them?” a woman in the ad states.

“Girl, black folk will be catching hell again,” another woman says. “I’m voting for Josh Hawley for Senate because we have to protect our men and boys…”

She adds that “we can’t afford to let Claire McCaskill take us back to the bad old days of race verdicts, life sentences, or worse when someone screams ‘rape.'” Although the word “lynching” was not explicitly used, that comment has been interpreted as implying that the “bad old days” references the days of lynching.

Another ad accuses McCaskill, who is pro-choice, of not caring that black babies are three times more likely to be aborted than white babies.

“Josh Hawley and the Republicans know that black babies matter… and it looks like to me the only black lives that matter to Claire McCaskill are the ones that have a pulse and can make it to the polls to vote for her,” a woman says in the ad.

Another woman in the same ad says she plans to vote for Hawley. “The next time Claire McCaskill asks for our vote, ask her why she doesn’t want our children.”

Although the ads clearly state that they were paid for by the group “Black Americans for the President’s Agenda” and weren’t authorized by any candidate or candidate’s committee, that didn’t stop African-American Democratic leaders for blasting Hawley’s silence on the matter.

Hawley spokeswoman Kelli Ford eventually spoke out against the ads, saying: “Of course we don’t support this,” publisher McClatchy reported.

Vernon Robinson, treasurer of Black Americans for the President’s Agenda, explained the motive behind the ads to McClatchy, saying that “without 90 percent of the black vote, Claire McCaskill will not be re-elected.”

READ MORE: ‘How is this not racist?’: CNN’s Don Lemon shouts down guest, laughs at ‘token negro’ comment

Robinson explained that the race between Hawley and McCaskill is one of the closest in the nation and could ultimately be a deciding factor in which party controls the Senate after the November elections. The group has also paid for ads pushing their preferred candidate in Arkansas.

Based in North Carolina, Black Americans for the President’s Agenda describes itself as a “political action committee dedicated to promoting the policy initiatives of President Trump.” It has so far spent nearly $30,000 in ads ahead of the November elections.