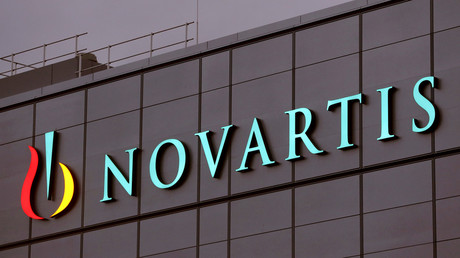 The disclosure that the pharmaceutical giant Novartis paid over $1 million to President Donald Trump’s lawyer Michael Cohen may not be a scandal Trump’s foes hope for, but it may help answer why drug prices are so high.

What exactly did Cohen do in exchange? Nothing at all, apparently.

Novartis signed a year-long contract with Essential Consultants in February 2017, believing he could provide advice “as to how the Trump administration might approach certain US healthcare policy matters, including the Affordable Care Act,” the Swiss-based pharmaceutical company said.

After meeting Cohen in March, however, Novartis decided he would be “unable to provide the services” that the company had in mind, the company said on Wednesday. Yet they continued to pay him another $1 million through February 2018 because the contract could not be terminated. As Trump himself might say, that’s a terrible deal.

Lol. Novartis explanation 2.0. Hired Cohen to lobby trump, quickly realized he was dirty, kept paying so as not to get Trump mad. Good times. https://t.co/TNsgKyeMkB

Meanwhile, the company was raising the prices of two of its cancer medications, Gleevec and Arranon, far in excess of inflation, according to a study published last fall in the Journal of Clinical Oncology.

Led by Dr. Daniel Goldstein of Emory University in Atlanta, the study found a disproportionate increase in the price of cancer drugs approved since 1996. The price of Gleevec went from $26,000 in 2001 to $140,000 in 2017, while Arranon’s price increased by 55 percent (adjusted for inflation) from around $18,513 when it was launched, despite the availability of generics.

Some of Trump’s critics have suggested that Novartis paid Cohen for access to Trump, including the presence of the company’s CEO Vas Narasimhan at a dinner with the US president, on the sidelines of January’s World Economic Forum in Davos. Novartis explicitly denied that, however.

“Suggestions to the contrary clearly misrepresent the facts and can only be intended to further personal or political agendas as to which Novartis should not be a part,” the company said.

We will see if the bribe is big enough. And wondering what favor Novartis was looking for in its payoff to Cohen. Maybe they want to jack up the price on a drug %4,000. If they do that, Medicare needs to tell them to shove it and get a generic elsewhere. https://t.co/22mLTQuoNX

The news re Vekselberg/Novartis/Cohen/Stormy might be too complex for some to assimilate, so here’s the user-friendly bumper-sticker version:

Consigliere Michael Cohen was the bag man for Fortune 500 and Kremlin bribes designed to move Trump’s policies their way.

“Not that I’m aware of,” she replied.

Special Counsel Robert Mueller’s investigators talked to Novartis about the contract back in November 2017, the company said, adding that it “considers this matter closed.”

A smart person I know described the AT&T and Novartis payments to Cohen as part of massive push by Trump associates in 2017 to cash in on corporations desperately trying to figure out Trump world and its pecking order.

One possible explanation for corporations shelling out so much money for no tangible return was that they were trying to buy information about the inner workings of the Trump White House. The lobbying payments would be considered the cost of doing business – and passed on to the consumers.