Three UKIP members have stood down following a decision to exclude Steven Woolfe from the leadership race to succeed Nigel Farage, claiming a coup attempt has been made against the former frontrunner.

Woolfe has been ruled “ineligible” to stand in the contest to replace Farage, who stood down following his successful Brexit campaign, saying he had done his bit for the party.

The party’s NEC said Woolfe was excluded because his submission was too late. Woolfe has blamed computer problems for missing the deadline by 17 minutes on Sunday.

There were also questions about his eligibility after he “forgot” to disclose a drink driving conviction when running to be a police and crime commissioner.

His supporters in UKIP, Victoria Ayling, Raymond Finch and Michael McGough, have resigned, saying they believe there is a coup underway by members linked to UKIP MP Douglas Carswell and Welsh Assembly member Neil Hamilton.

In a joint statement they said the party’s executive “is no longer fit for purpose” and called for a vote of no confidence in the NEC.

They accused the ruling body of putting “personal ambitions, loyalties and jealousies at the heart of their decision making.

“We have witnessed an escalating megalomania that is detrimental to the functioning of the party. It has now reached the stage where the party’s national executive has essentially usurped full governance of the party and is collectively in pursuit of oligarchy, self-promotion and cronyism.

“We strongly believe that under the current governing structure the future security and success of UKIP is in jeopardy. We urge members and elected representatives to support the call for an extraordinary general meeting whereby we can hold a vote of no confidence in the NEC,” they added.

Woolfe responded to his exclusion from the race by saying the NEC has shown it is “neither effective nor professional in the way it governs the party.”

“The NEC panel have even accepted that they were wrong to raise questions of my membership of the party, as I have been a full member since 2011. They did not identify my payments in the UKIP records until I showed them my own bank statements. After providing evidence of the payments and donations I have made to the party, they were satisfied this was not an issue.

“They have failed to accept that there were serious issues with the application system despite providing evidence that attempts of submission were made before the deadline. The NEC deny this is the fault of the UKIP system.”

Statement: I am extremely disappointed by the UKIP NEC decision to exclude me from the party’s leadership election. https://t.co/6eiWV9DQGv

UKIP donor Arron Banks tweeted that a decision to exclude Woolfe was the “final straw,” saying he would call for an Extraordinary General Meeting to abolish the NEC and reshape the party’s entire structure.

“It’s time for an emergency general meeting to change and professionalize the party. We will launch the paperwork tomorrow,” Banks tweeted.

James, a UKIP MEP and justice and home affairs spokeswoman, shot to the top of the bookmakers’ odds on Tuesday. 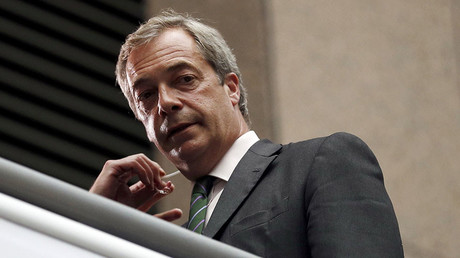 She has previously come under fire for claiming migration from Romania was a problem because of “associated crime.”

Duffy, in launching her leadership campaign, has said she wants a “modernized version of British Islam,” and told the Express she wants a total ban on Muslim schools.

“I will be calling for the government to close British Islamic-faith schools.

“That does not mean I am picking on British Islam, but if you think about what our security services are looking at: 2,000 individuals that have come from those faith schools, when does indoctrination start?”

Etheridge, an MEP, has called for a ban on women wearing the burqa in his latest manifesto pledge, describing them as a “security risk.”

During his campaign ‘Billieve in Bill’, he called for a referendum on the death penalty and tough prison reforms, which include charging criminals £40,000 (US$ 53,300) a year to stay behind bars.

He also wrote a book celebrating ‘golliwogs’ after he was suspended by the Conservatives in 2011 over a Facebook picture holding one of the toys, which are frequently associated with racism.

Farage’s allies had promised to “declare full scale war on UKIP” if Woolfe was kept off the ballot.

It is believed Farage, who is still leader, is keeping a close eye on proceedings and has the power to appoint a new chairman and cancel the leadership process.

On September 1, ballot papers will be issued to party members, and on September 15, votes will be counted and the winner announced.