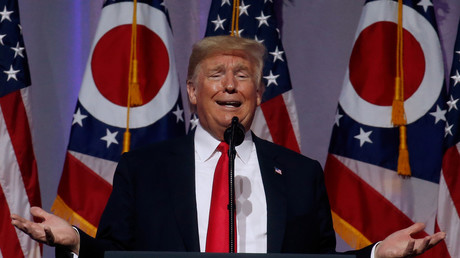 A new Economist/YouGov poll found 64 percent of Republicans think it is “possible that a person who used the ‘N-word’ while in office can still be a good president of the United States”.

The survey of 1,500 American adults found only 43 percent of Republicans found the N-word to be racist, in comparison to 73 percent of Democrats. The poll results incited some outrage from people on Twitter who called the figures “insane” and “astonishing and depressing.”

Insane data from Economist/Yougov poll https://t.co/hwTdk1T6C1 The plurality of Trump voters (46%) believe white people who use the n-word are not racist. There’s an option to say “not sure” but that’s 33%. So more Trump folks believe it’s proof that you’re NOT racist.

It comes on the heels of US President Donald Trump’s latest scandal, in which he was allegedly recorded saying the N-word while filming ‘The Apprentice’. The allegation stems from former White House aide and Apprentice contestant Omarosa Manigault Newman.

There’s no proof of such a recording and the president has denied its existence. However, when Trump’s press secretary Sarah Sanders was asked about such a tape she told reporters; “I can’t guarantee anything.”