A British police officer has been hospitalized in connection with the case in Amesbury where a couple was exposed to the same substance that was used to poison Sergei Skripal and his daughter, according to UK authorities.

“A police officer attended Great Western Hospital this evening for medical advice in connection with the ongoing incident in Amesbury,” a Salisbury District Hospital spokesperson said, referring to a recent incident in which a British couple fell ill after being exposed to Novichok.

Salisbury District Hospital has issued the following statement regarding an attendee at the Great Western Hospital in connection with the on-going incident in Amesbury pic.twitter.com/vCezvzXIUA

The spokesperson confirmed that the officer was transported to Salisbury District Hospital, which “has the ability to carry out the appropriate specialisttests.” They went on to stress that the “risk to the wider public remains low,” and that the hospital has seen “a number of members of the public” who have had health concerns since the incident in Amesbury, noting that “none have required any treatment.” 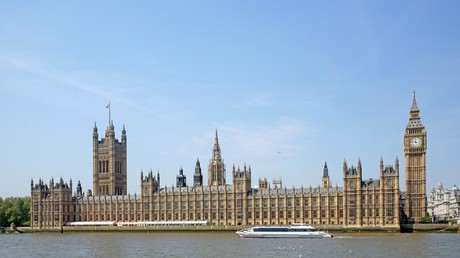 It comes after Dawn Sturgess, 44, and her partner Charlie Rowley, 45, fell ill in Amesbury last week. UK authorities attributed their illness to exposure to Novichok, although they said that they do not know how the pair came in contact with the substance or if it had been from the same batch that was used in the March attack on the former Russian-British double agent.

Amesbury is located just seven miles from Salisbury, where former Russian double agent Sergei Skripal and his daughter Yulia were poisoned by the nerve agent in March.
Although the UK and other Western governments were quick to accuse Russia of being behind the Skripal poisoning, there remains zero proof that Russia was involved in any way. Moscow has repeatedly denied any involvement and offered its full cooperation in the investigation.

Speaking to RT, Anton Utkin, a former UN inspector in Iraq, called the Amesbury incident a “terrorist attack,” adding that the victims couldn’t possibly have been affected by the Novichok used to poison the Skripals in March, as the nerve agent can’t remain stable that long.