A police officer has been sentenced to 16 years in jail for raping a baby. PC Dean Roberts, 48, was caught by his own colleagues after he filmed himself abusing the child before sending the footage to other pedophiles.

Roberts’ crime was exposed after the arrest of a fellow pedophile, lawyer John Guess, led detectives to their colleague. The pair planned to jointly abuse children and share footage of their crimes, Cardiff Crown Court heard. 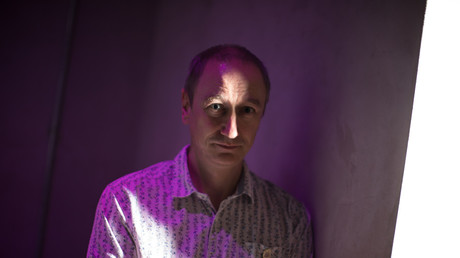 The now ex-police officer admitted to a litany of charges that included rape, sexual assault of a child, as well as possession and distribution of indecent images of children.

In court, the mother of Roberts’ victim said: “I can never forget the knock on my door and my whole world just falling apart. It was just like being hit by a bus. We will always have to live with the consequences.”

Upon handing Roberts his sentence, Judge Recorder of Cardiff Eleri Rees QC stated: “The victim was particularly vulnerable because of her extremely young age. She was helpless to defend herself although the footage indicates she was awake and in real discomfort.”

Guess, 43, Roberts’ accomplice and a lawyer for the Welsh government, was jailed for 26 years for sex crimes against children.

The investigation has also led to arrests overseas.

Following the sentencing of Roberts and Guess, Detective Superintendent Wendy Gunney said: “Today’s sentences reflect the gravity of the crimes that have been committed. The two people responsible for the appalling abuse of a number of very young children have now been brought to justice.

“The investigation uncovered extremely disturbing child abuse evidence and the guilty pleas have ensured that the jury were spared from viewing evidence that would have been extremely traumatic.

“Today’s sentence does not mark the end of our investigations and we will work tirelessly to identify any other victims or witnesses and seek the justice they deserve.”