The Norfolk Police Force is resorting to using an algorithm to determine whether officers should investigate burglaries, in an effort to save time and money, under pressure from Tory government cuts.

The police force is testing a computer algorithm designed to assess the “solvability” of cases, using factors such as the quality of CCTV footage of the offender, and whether fingerprints were left at the scene, to determine whether officers should launch an investigation or not.

The move has prompted an outcry from victims’ rights groups and MPs who say technology should never take the place of humans due to the “impact on victims” and “invasive” nature of such crimes. 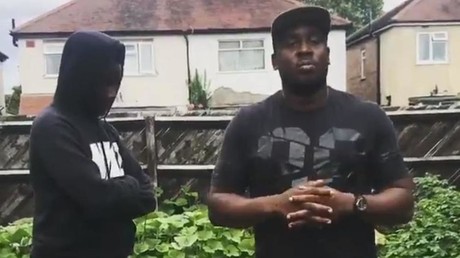 According to the Daily Mail, hundreds of burglary investigations have been closed by the Norfolk Constabulary this year using the controversial technique, without the knowledge of the victims.

Harry Fletcher of the Victims’ Rights Campaign said: “It’s far better that an individual makes these decisions than a computer, because they can take into account the impact on victims.

“If the victim is elderly or vulnerable the effect of a burglary will be immense. A failure to consider this will risk further losing public confidence.”

The algorithm is built on the analysis of thousands of burglaries in Norfolk, according to the force. It looks at 29 factors that affect whether a case can be solved or not, and determines whether they are present or absent.

The pilot scheme is the latest in a series of initiatives introduced by forces attempting to limit the number of caseloads, with resources stretched in part due to violent crime on the rise as well as police officer numbers falling.

The police burglary algorithm, which was formulated by Cambridge University researchers, is said to be the first of its kind. The force insists it has not ditched traditional policing methods and that “in all cases of house burglary an officer will attend.”

Louise Haigh, Labour’s shadow policing minister, said: “Burglary is one of the most invasive crimes you can fall victim to and technology should not be stopping vulnerable victims receiving a police response.

“It’s an inescapable fact that the vast majority of crime is now not being investigated or prosecuted thanks to eight brutal years of cuts to the police and the criminal justice system.”

A spokesman for the force said: “We’ve liaised with academics from the University of Cambridge in relation to the development of an algorithm, which is currently being tested alongside our normal working practices.

“In all cases of house burglary an officer will attend the scene and carry out an initial investigation. An assessment will then be made as to whether further inquiries are required and it is at this stage that we test the use of the algorithm. The results of this will be evaluated in the near future.”