A British plumber turned Taliban bomb-maker has been found guilty of planning a knife attack on MPs and police officers outside Westminster. The prosecution described his intent as “chilling”.

Khalid Ali, 28, who spent five years in Afghanistan detonating over 300 bombs against coalition troops, was found with three knives hidden under his clothes when he was stopped by firearms officers on Parliament Street in April last year. 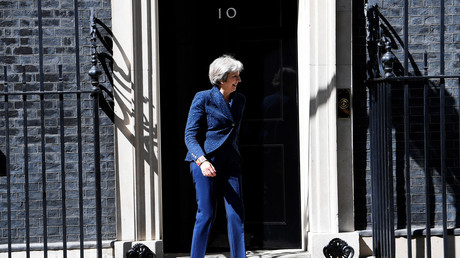 Ali, who grew up in Edmonton in north London and trained as a gas engineer and plumber, had returned to the UK in November 2016. He came under MI5 surveillance a month later when the FBI linked his fingerprints to improvised explosive devices used in Afghanistan.

Scotland Yard’s head of counterterrorism, Dean Haydon, stated that “due process” led to the authorization to use evidence in the UK was only given a day after Ali planned the attack.

An Old Bailey jury convicted him of preparing an act of terrorism in the UK and two counts of possessing an explosive substance with intent. The defendant will be sentenced on July 20, and faces a lifetime jail term.

Brian Altman, QC, for the prosecution, told the Old Bailey: “If he hadn’t been stopped, who knows how many more people would be lying dead or mortally wounded on the streets of Westminster.”

Ali said he had come back to Britain, where he first moved with his parents in 1992, to deliver a “message” to the “decision-makers” of the country, but told officers the knives  were for self-defence. He admitted swearing allegiance to three successive heads of the Taliban and the leader of Al-Qaeda, Ayman al-Zawahiri.

Ali was watched by intelligence officers as he carried out reconnaissance on March 18 last year. He was spotted on CCTV using the Stand Up To Racism March as a cover to get through to Downing Street and the Cenotaph.

Just over a month later on April 27 his mother called the police to say she had seen knives in her son’s bedroom and feared he would attack their family. On that same day he bought an 8.5in chef’s knife and two 3.5in paring knives, before he travelled to Westminster.

After deliberately disposing of his phone in the Thames, officers swooped in to arrest him.

Altman told the jury that Ali planned a “deadly terror attack at the very heart of this country’s democracy by killing a police officer, a member of the military or even a Parliamentarian”.