Charges of hypocrisy have been leveled against the Home Office for not granting patients access to medicinal cannabis, while relatives of Tory MPs are profiting from its production and export.

The accusations first surfaced in an article by Dr John Regan, published last April by the website urhealthguide.com, which accused the government of hypocrisy for its stance on medicinal cannabis. 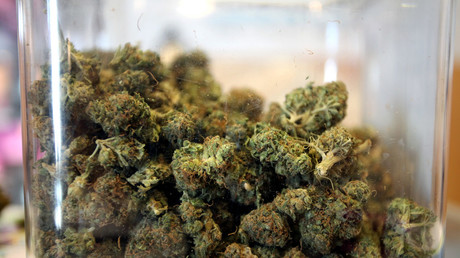 Cannabis remains a schedule-one drug under the Misuse of Drugs Act 1971 (MODA), meaning it is regarded as having little or no therapeutic value and is subjected to the most restrictive controls. However, licenses have been granted to biotech firm GW Pharmaceutical to produce a medical cannabis product called Sativex, which is listed as a schedule-4 substance, meaning it can be prescribed for patients by doctors.

According to Regan, this ability to keep cannabis a proscribed substance of no medical value, while allowing GW to market the only medical cannabis product available, comes in a recent rewording in schedule 1 of the MODA. This changed the word “cannabis” to “raw cannabis,” allowing Sativex to be reclassified from schedule 2 to schedule 4, making it easier to sell and profit from.

As a result, according to Regan, GW Pharmaceuticals cannabis is “readily available for patients and for sale around the world, whilst keeping everyone else’s cannabis strictly controlled.”

According to The Times, since gaining approval from the Medicines and Healthcare Products Regulatory Agency (MHRA) to sell Sativex – which retails at £125 ($167) per 10ml bottle – to the British market, GW in effect enjoys a monopoly on legal cannabis in the UK, while anyone caught using other forms of cannabis for medical purposes faces up to 14 years in prison.

The only weed game in town

GW’s latest cannabis product, Epidiolex, is a non-psychoactive cannabinoid product that can treat severe forms of childhood epilepsy. It is currently awaiting FDA approval in the United States, which is expected this month, and will be the first licensed CBD product to negotiate the medical regulatory system and win FDA approval.

The cannabis for Epidiolex is being provided from a 45-acre cannabis farm in the UK operated by British Sugar, whose links to Tory ministers were exposed in February when it was reported that Managing Director of British Sugar Paul Kenward was the husband of then-drugs minister Victoria Atkins, leading to accusations of “deception” by medical cannabis advocates.

Atkins stepped down from speaking on drug policy after the link was discovered by pro-legalization group Clear, which described the revelation as “the most blatant hypocrisy ever from a government minister.”

Tory links to big cannabis goes further up the cabinet. The prime minister’s husband, Philip May, works as a relationship manager for Capital Group. This is an investment firm known for owning stock in weapons giants BAE Systems and Lockheed Martin.

A subsidiary of Capital Group called Capital Research Management Company holds a majority of the shares in GW Pharmaceutical.

While Dr Regan put Capital’s shares in GW at 19 percent in April, this seems to have increased in recent months. Data provided by 4-traders indicates that Capital’s stock in GW has now increased to at least 22 percent.

RT made requests for comment to Capital Group on these links but, at the time of publication, had received no reply.

Accusations of hypocrisy regarding restrictions on access to medical cannabis are more apparent when patients are prevented from accessing products similar to Epidiolex.

In an ongoing case, 12-year-old Billy Caldwell, who suffers from severe epilepsy, was originally prescribed the CBD-derived medicine Tilray on the NHS. However, his prescription could not be renewed as a result of intervention by the Home Office.

Attempts by his mother Charlotte to bring supplies of the cannabis oil from Canada resulted in them being confiscated when she declared them at Heathrow Airport on Monday.

Speaking to ITV’s This Morning program on Tuesday, Charlotte Caldwell said that Billy had managed “just over 300 days, seizure-free” while taking Tilray; but had suffered his first seizure just after 1am on Tuesday after his medication was stopped at 3:30pm on Monday.

Accusing the Home Office of signing her son’s death warrant by abruptly stopping access to the medication, Caldwell said: “No doctor in our country or in any country in the whole world who would do that.”

The family have received support from pro-medicinal-cannabis MPs. Ronnie Cowan MP, vice-chairman of the all-party group on drug policy reform, said: “We should be asking: Is the UK government prioritizing the interests of ‘big pharma’ monopoly profits over the health and wellbeing of UK citizens?

“Institutional investors – including the one where Mr May works – are ploughing billions of pounds into companies that grow marijuana for medical use, yet the Home Office refuses even to discuss that there might be a case to change the law in the UK.”

Dan Poulter, a Tory MP and doctor who yesterday attended a Families 4 Access press conference with Crispin Blunt MP, said: “When there is a growing evidence of the benefits of doctors and medical health professionals being able to prescribe medicinal cannabis then it seems extraordinary that we can’t do so.”

As these links between cabinet ministers and the UK cannabis ‘monopoly’ become even more apparent, the committee is now urging Home Secretary Sajid Javid to legalize medical cannabis. Whether or not he will act against the interests of his colleagues’ relatives is yet to be seen.