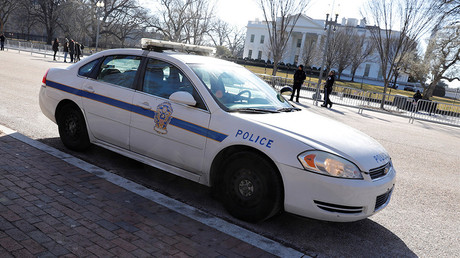 An individual has reportedly suffered a self-inflicted gunshot wound along the north fence line of the White House, the Secret Service tweeted. The agency added that personnel are responding to the scene.

Footage circulating in the US media appeared to show a man lying on the ground at the scene. The Secret Service tweeted that there are no other injuries aside from the shooter.

Secret Service spokeswoman Cathy Milhoan said the victim suffered a single gunshot wound and that Secret Service personnel did not fire any shots. She declined to speak on the status of the victim.

BREAKING: Secret Service personnel are responding to reports of a person who allegedly suffered a self-inflicted gun shot wound along the north fence line of @WhiteHouse.

Officers and police vehicles are also at the scene, which has been cordoned off with police tape.

UPDATE: No other reported injuries related to the incident at @WhiteHouse.

“We are aware of the incident,” White House deputy press secretary Hogan Gidley said, as quoted by CNN. “The president has been briefed. I refer you to the Secret Service for any more information.”

The incident prompted increased security at the White House, with reporters being temporarily sent to the basement, according to CBS News. The outlet posted photos of witnesses talking to law enforcement.

President Donald Trump is staying at his estate in Mar-a-Lago, Florida, this weekend.