Self-driving cars may become a reality on our roads at some point in the near future, but war robots will roam the world’s battlefields before that, according to the US Department of Defense.

“We’re going to have self-driving vehicles in theater for the Army before we’ll have self-driving cars on the streets,” Michael Griffin, the undersecretary of defense for research and engineering, told a hearing on Capitol Hill last month. “But the core technologies will be the same.”

More than half of combat zone casualties involve logistics and transport personnel. Griffin believes that, the fewer people involved in these roles, the fewer the casualties.

“You’re in a very vulnerable position when you’re doing that kind of activity,” Griffin said. “If that can be done by an automated unmanned vehicle with a relatively simple AI driving algorithm where I don’t have to worry about pedestrians and road signs and all of that, why wouldn’t I do that?”

With civilian companies like Tesla, Uber, Ford and General Motors all developing and testing autonomous vehicles, the military has been keeping a close eye on the technology. The Defense Advanced Research Projects Agency (DARPA) has funded research into self-driving vehicles since it sponsored its first competition in the area in 2004.

At the moment, several autonomous vehicles are in the works or are already in use by the US military.

Developed by BAE Systems, Ironclad is a miniature tracked vehicle capable of operating in urban or off-road environments. Its modular platform means it can be fitted with different equipment, making it useful for reconnaissance, casualty evacuation, bomb disposal, and combat roles. It has a 50 kilometer range, runs almost silently, and is protected against explosives and small arms fire by its armored shell.

While the Ironclad vehicle is not yet autonomous, the technology is being tested, and is described by BAE Systems’ Future Programs Director Craig Fennell as “at a high state of readiness.”

“Ironclad – while being a product in its own right – is also a step towards the battlefield of the future where we expect fleets of unmanned air and ground vehicles to work together, sharing situational awareness and pursuing combat objectives,” said Fennell.

Lockheed Martin’s Convoy Active Safety Technology (CAST) system allows military drivers to switch their vehicles to fully autonomous operation. If a convoy came under attack for instance, drivers could press a button and their vehicles would stay in formation as the drivers took shelter or engaged targets.

Since 2006, Lockheed Martin has taken the CAST concept further, with the development of a more advanced combat vehicle called the Squad Mission Support System (SMSS), which could track and follow the movements of a single soldier, haul 1,000 pounds of supplies over rough terrain and transport casualties.

The remote-controlled variety of SMSS has been in use in Afghanistan since 2011, where it earned the nickname “The Ox” for its load-bearing strength.

The unfortunately named Advanced Rotorcraft Sniper System (ARSS) is nothing to laugh at. An autonomous helicopter drone carrying a human-operated sniper rifle, the ARSS can kill with impunity from hundreds of yards, thanks to software that corrects the operator’s aim and steadies the .338 Magnum rifle attachment.

With point-and-shoot simplicity, the remote operator can use an Xbox controller to squeeze off between seven and ten lethal shots per minute, taking out targets at a fraction of the cost of a drone-carried Hellfire missile.

Work on ARSS began in 2005, but no information about the project has been made public since 2010.

The US Navy and DARPA are working on an anti-submarine drone, able to track and monitor modern, quiet diesel-electric submarines. The craft, called the ASW Continuous Trail Unmanned Vessel (ACTUV) was trialled successfully in January, and will be able to patrol autonomously for between 60 and 90 days, all while avoiding hazards like ship traffic, marine mammals and fishing activities.

While the ACTUV prototype is not equipped with weapons, once it detects an enemy submarine, it can mark the craft for other Navy units to move in and destroy it. 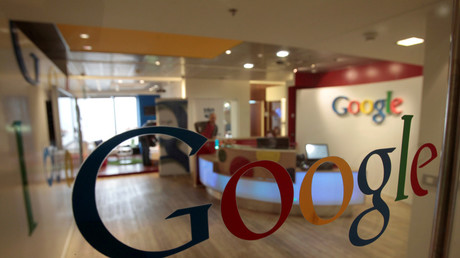 The military already uses unmanned, remote-controlled vehicles like the Predator Drone for aerial surveillance and attacks, and ground-based robots like the Mark 5A-1 for bomb disposal. Completely autonomous vehicles represent a new technological step, as well as a new ethical gray area, however.

Critics argue that a human must be involved in life-or-death decision making, and such decisions should not be left up to machines. In April, 3,000 Google employees signed a letter urging the tech giant to break its contract with the Pentagon. Under a program called Project Maven, Google’s AI technology is being used by the US military to identify targets in drone footage.

While the technology was not being directly used to take human life on the battlefield, the letter asks Google to pledge to cancel Project Maven and to not “ever build warfare technology.”

With Secretary of Defense James Mattis’ focus on using technology to increase the lethality of the US military, it is unlikely that autonomous vehicles will remain in a benign, supporting role on the battlefield of tomorrow.