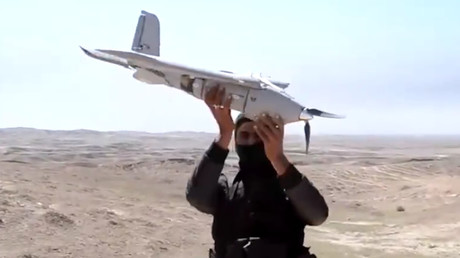 An additional $20 million are needed to deal with Islamic State’s reconnaissance and bomber drones, the US Defense Department has told Congress. The money will be spent in addition to the $190 million already allocated to countering terrorist networks.

The money is expected to be given to the Joint Improvised-Threat Defeat Organization (JIDO), the Pentagon’s special office dealing with improvised explosive devices, Defense News reports.

By the end of 2016, the JIDO with a budget to deal with new IED threats that emerged during the campaigns in Afghanistan and Iraq, will become a permanent establishment under the Defense Threat Reduction Agency.

The new agency is set to deal with the full range of improvised threats emerging around the world, yet its priority is to engage IED and drone threats posed by Islamic State (IS, formerly ISIS/ISIL) and those that emerge in the course of operation Resolute Support, the US assist and advise mission to Afghanistan’s security forces.

The program will focus on creating a means to detect and defeat small and tactical unmanned aerial systems posing a “direct threat to US and coalition forces,” the document says.

The US Army is developing its own means to counter enemy drones, but their field is engaging large unmanned aerial systems, while the JIDO’s activities are “specifically focused on countering the smaller classes of unmanned aerial systems that can be used in an improvised manner,” JIDO’s spokesman David Small said, adding that it’s liaising with a number of organizations and agencies.

IS drones are already on reconnaissance missions and carrying improvised explosive devices. The extremists use both free sale commercial quadrocopters and fixed wing drones.

“We expect their use to increase because commercial unmanned aerial vehicles have become very accessible,” Small acknowledged, adding that IS militants in Iraq have already been spotted using drones to deliver with precision small-sized handmade explosive devises. “There are known efforts by ISIL to grow this capability,” Small said.

If Congress approves the reprogramming funds, the JIDO’s counter-drone research will bear fruit within “zero to two years,” Small said.

Monitoring and observation missions require the use of full motion video, Small noted. He said IS attacks employing VBIEDs have become routine and “highly sophisticated.”

Exactly what counter-drone means the JIDO will develop is top secret to “keep the enemy guessing,” Small said.