Washington has its own plan on how to “effectively” combat terrorism in Syria, the Pentagon has said, adding that the US is not planning to cooperate with Moscow on the issue.

The US military strategists have found what they call a “better, more focused way” to do counterterrorism operations in Idlib, the US Department of Defense said in statement on Saturday. The US military revealed almost no details of its plan as the statement said only that it would involve “using the US capabilities to spot the terrorists – even in an urban environment – and take them out with a minimum of civilian casualties.” 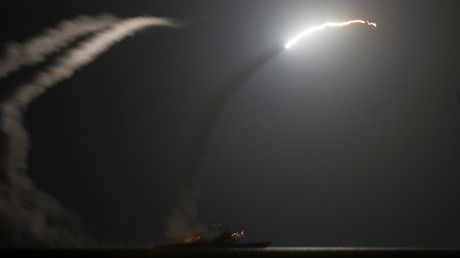 Washington also apparently plans to go at it alone, without working with other actors present in the area as the head of the US Joint Chiefs of Staff, Marine Corps General Joseph Dunford, “was not talking about cooperating,” the statement added. He also said that he had not spoken with his Russian counterpart, Army General Valery Gerasimov, since the tensions around the Syrian northern militant-held Idlib province began to rise, adding that the two military officials are also “not scheduled” to talk in the near future.

Instead, the US military once again warned against a government offensive on the province, which is largely controlled by extremists, including the Al Qaeda affiliate known as Tahrir al-Sham (former Al Nusra Front), which it claimed would lead to a “humanitarian disaster.”“The consequences of a major offensive operation in Idlib will almost certainly be the suffering of a large number of innocent civilians,” Dunford told journalists.

The head of the US Joint Chiefs of Staff also slammed the results of the summit between the leaders of Russia, Turkey and Iran on Syria, which was recently held in Tehran, by saying that the “meeting … failed” without going into further details.

Turkey’s Recep Tayyip Erdogan, Russia’s Vladimir Putin and Iran’s Hassan Rouhani discussed the situation in Syria and in the Idlib province in particular as part of the Astana peace process on Friday. All three nations agree that the threat of radical Islamists in Syria must be eliminated, but differed as to how this should be achieved.

While Iran advocated a strong-arm approach, Turkey objected to such an idea as it feared that a large-scale military operation could provoke a mass exodus of refugees to the neighboring Turkish regions. Eventually, a call for all armed groups in Idlib to lay down arms and seek a political transition was included in the final communique of the meeting. Both Turkey and Iran were, however, critical of the US presence in Syria.

Ankara was also persistent in its opposition to any potential offensive against extremists in Idlib. Turkey plans to stop any “anticipated attacks” on the militant-held province, Foreign Minister Mevlut Cavusoglu said on Saturday, warning that any operation in Idlib could possibly lead to a “serious humanitarian tragedy.”

“Our aim is to stop airstrikes [in Syria’s Idlib]. We were anticipating attacks, which could have happened,” Cavusoglu said, adding that the clashes in the province “should stop” and the whole issue should be “resolved in line with the agreement and the spirit of Astana.”