The US Department of Defense has revealed that allegations of sexual misconduct against top Pentagon officials has risen by over 10 percent in the last two years.

That’s according to a report by the Pentagon inspector general who found that misconduct allegations against senior officials rose by 13 percent, from 710 in the fiscal year (FY) 2015 to 803 last year. 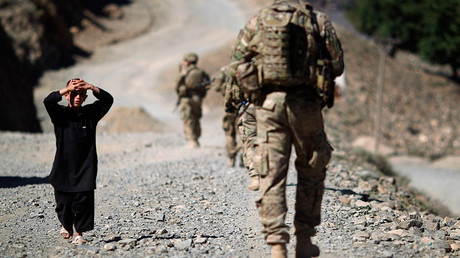 “There was a 13 percent increase in complaints alleging misconduct by senior officials from FY 2015 to FY 2017 (710 to 803),” the report states. “The most common allegations involved personal misconduct including improper relationships, improper personnel actions, misuse of government resources, and travel violations.”

Examples include an army major general who allegedly used a government travel card at South Korean and Italian strip clubs, and an air force lieutenant that “engaged in an unprofessional relationship with a married colonel.”

The report concluded that “ensuring ethical conduct throughout the DoD is a critical and continual responsibility for DoD leaders” and will be one of the top 10 “management and performance” challenges for the Defense Department next year.

The report’s findings mirror recent events in Hollywood, which has been reeling from a raft of sexual abuse, assault and harassment claims centering around former producer Harvey Weinstein.

Weinstein has been joined on the red carpet of shame by such high profile figures as Oscar-winning actor Kevin Spacey and former comedy darling Louis CK, among others.

“In the category of personal misconduct, there has been a steady trend in substantiated allegations of improper relationships and sexual misconduct,” the report reads, while concluding that “ensuring ethical conduct” will be one of the department’s top 10 “management and performance” targets for the upcoming year.

This latest report comes just weeks after another report, by the inspector general which revealed that US troops stationed in Afghanistan were taught that child sexual abuse is a “culturally accepted practice” in the country and that there was nothing that could be done about it.