Between globalization and nearly 20 years of constant warfare, the industrial part of the US military-industrial complex is not looking so good, putting future wars at risk, according to a new Pentagon report.

The Annual Industrial Capabilities report, published by the Pentagon’s Office of Manufacturing and Industrial Base Policy, warns that reliance on foreign-sourced materials combined with “twenty years of intermittent conflict,” have put a strain on US manufacturers of weapons, parts and ammunition.

“While US national defense demands for materials are seldom unmet, there exist risks to their supply now and risks are anticipated in the foreseeable future,” the report says, describing the two broad trends as the scarcity of materials used in new technologies and the US’ growing reliance on foreign supply sources. 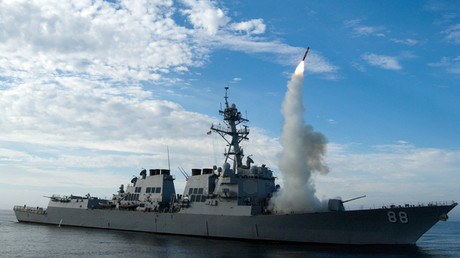 Both US economic security and national defense are at risk due to “high US import reliance on foreign countries who may become adversaries and cut off peacetime supply during future conflicts,” the report says.

One example is Dechlorane, a flame retardant used in insulation on all US missile systems. The sole source of the material is the Belgian company Occidental Chemical. Worse yet, the precursor to make Dechlorane used to come from China, but is no longer available, “so there is now no source for Dechlorane in the world.”

US fighter jets rely on Sidewinder and AMRAAM air-to-air missiles to dominate the skies, but what happens when they run out? The sole source of dimeryl diisocyanate, a key ingredient in the missiles’ propellant, has informed the Pentagon that it will be leaving the business soon, leaving the US with “no qualified source,” according to the report.

One of the biggest problems noted by the Pentagon is the lack of diversity in the industrial base. About 97 percent of the DoD funds for missile and munitions procurement goes to just two companies, Raytheon and Lockheed Martin. Almost all second- and third-tier suppliers of munitions components, 98 percent in both instances, are sole sources.

Of particular concern to the report’s authors were thermal batteries, solid rocket motors (SRM), fuzes and small turbine engines, which all rely on just one or two manufacturers.

President Donald Trump has raised the Pentagon’s funding in order to rebuild the “depleted” military and launched a crusade to revive US manufacturing, but that may not be enough. 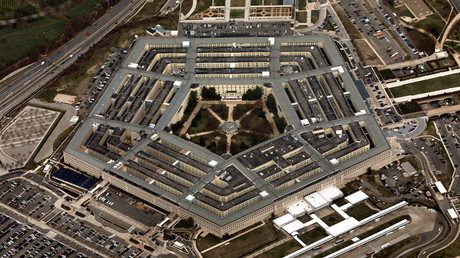 “We may be too far down the path to resurrect an authentic munitions industrial base,” Mackenzie Eaglen of the American Enterprise Institute told Defense News, commenting on the report. “So then the question becomes: Now what?”

With the US capability to produce vital parts and materials for weapons systems and ammunition dwindling, Washington is facing the risk that “a conflict with China could rely on Chinese-made parts,” Defense News noted.

Munitions aren’t the only problem either. Maintenance has been hit just as hard by the years of “overuse and underfunding” of industrial infrastructure, according to the report. US naval shipyards, for example, have not been able to meet the maintenance needs, resulting in compounding problems.

A January report by the Pentagon’s director of operations and testing noted that half of the F-35 stealth fighter fleet is not mission capable due to supply and maintenance problems. Lockheed Martin’s futuristic fighter has a lifetime cost estimated at over $1 trillion.