US military have been banned from using fitness trackers, smartphones and other devices and services over the fear that geolocation features might jeopardize the secrecy of American operations abroad, the Pentagon has announced.

Following several incidents in which US military bases and patrol routes have been compromised by fitness trackers used by soldiers deployed to sensitive locations abroad, the Pentagon banned using any gadgets that can pinpoint the location of US personnel across the globe. 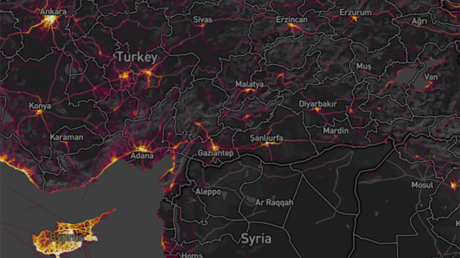 Fitness trackers, smartphones, tablets, smartwatches, has now been declared a “significant risk” to the Department of Defense (DoD) staff, and can only be used if the Combatant Commanders approve their necessity for the individual mission after conducting a risk assessment. Otherwise, the Pentagon warned, using gadgets can potentially create “unintended security consequences and increased risk to the joint force and mission,” states the ‘DoD Policy on the Use of Geolocation-Capable Devices, Applications, and Services in Deployed Areas’.

While the ban will affect the US overseas operations, the personnel working at the Pentagon will still be allowed to use the devices.

Prior to announcing the new Pentagon policy, the Defense Information Systems Agency (DISA) advised the US soldiers to be vigilant of their smart devices revealing their locations to third parties.

“Don’t Let the Enemy Track You!” the advice mandates.

“GPS-enabled devices make it possible to track individuals as they move while walking, running, or in vehicles. This data by itself may not reveal much; however, when the collected data is aggregated, it could be possible to pick out military installations or troop movements and patterns in places such as the Middle East or other sensitive locations,”DISA’s guidelines explain.

The need to deal with the arising security threat from the endless list of modern-day gadgets with geolocation capabilities which can expose locations and troop numbers, became evident earlier this year, after San Francisco-based startup, Strava, published a global heat map data of exercise routines, which exposed the locations of US military facilities across the world.