Attempts by the government to remove the UK from certain human rights laws in battlefield situations have been as branded as an attack on soldier’s rights, lawyers have told an inquiry.

Plans to suspend the European Convention on Human Rights in wartime would also damage the UK’s international reputation, according to representatives of the Law Society and human rights organization Liberty.

This appears to contradict the Conservative Party’s longstanding claim that it alone is the party of defense. 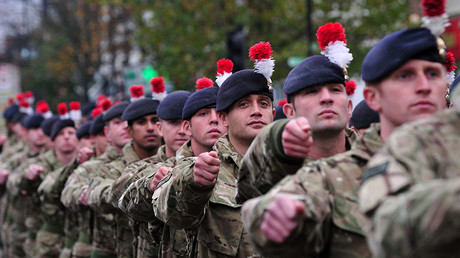 The move was fuelled by the government’s harsh response to what senior politicians have branded “spurious claims” of abuse by UK troops against Afghan and Iraqi civilians during the British occupations of the two countries.

While serving as Home Secretary under David Cameron, UK Prime Minister Theresa May went as far as to say her party would defend the military from “left-wing lawyers.”

However, many of the main claims made by opponents of prosecutions have now been questioned by both Liberty and the Law Society in their submission to a parliamentary inquiry into the issue.

“The proposal to opt out of an international human rights agreement to prevent false legal claims is not only disproportionate, it is dangerous,” Law Society President Robert Bourns told the inquiry Monday.

“This could stop genuine claims ever being heard and would undermine hard-won international accords that protect our most fundamental shared values.

Even claims for negligence brought by our own armed forces against the Ministry of Defence, for instance for providing inadequate equipment, could be blocked.

“In no other area of law would it even be considered that all cases be shut down in order to prevent false claims or save money. It is the role of the justice system to determine the merit of each case, a function that is and must remain separate from government.”

The Law Society has said that there was no evidence, as claimed by government figures, that cases against UK troops had been pursued on an “industrial scale.”

Liberty, who condemned the move early on in the process, has also slammed the plan.

“The government is attempting a reckless confidence trick, using smoke and mirrors to shirk their human rights obligations and insulate themselves from scrutiny. We must not let them get away with it,” Liberty chief Martha Spurrier said.

“We urge the JCHR to look at the evidence and expose this for what it is – a nakedly self-serving, dangerous plan that would shut down any critical examination of the Ministry of Defence and deprive soldiers and civilians of justice.”