Ordinary working families are facing homelessness in Britain as private landlords send rent soaring, all while the UK is mired in a council-house building crisis, the country’s local government ombudsman revealed this week. 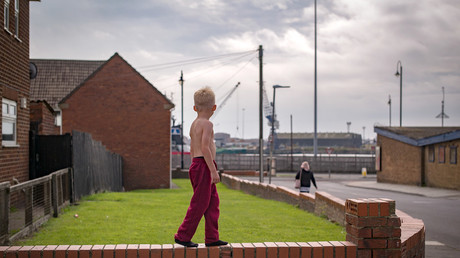 A stark warning has come from the ombudsman, Michael King, who claims nurses, drivers and even council staff are facing destitution, while families are likely to be placed in squalid bedsits as a result of local government policy.

The councils continuously flout laws, keeping entire families in cockroach-infested rooms for months, with “devastating impact” on them, King said, noting also that his office finds that “increasingly, [homeless people] are normal families who would not have expected to be in this situation.”

“People are coming to us not because they have a ‘life crisis’ or a drug and alcohol problem, but because they are losing what they thought was a stable, private-sector tenancy, being evicted and then being priced out of the [rental] market.”

The ombudsman’s office is increasingly helping people with full-time jobs. UK homelessness statistics recently showed a year-on-year rise in the number of families classed as homeless.

There are 79,150 homeless households in temporary housing, including 6,400 in bed-and-breakfast accommodation.

Since the Conservative Government came into power there has been a year-on-year increase in the number of people on the streets, or in temporary accommodation.

The homelessness charity Crisis said: “As social housing declines, welfare cuts bite and private renting costs soar, people who were less likely to become homeless in the past are now being pushed further to the brink of losing their homes.”

A recent report from the National Audit Office slammed social security cuts, and found that the government had a “light touch” approach to tackling the problem. It was also claimed the problem costs the taxpayer £1 billion annually.

Families at the mercy of property speculators and rogue landlords are being forced out of their homes. When will this Tory Government act?https://t.co/TqN8zluotc

The Local Government Ombudsman, which looks into complaints over public services, like council housing departments, was highly critical of the damp, dirty rooms that councils were offering people.

Mr King said: “You do not have to look to Victorian fiction to see totally Dickensian housing conditions.

“Sometimes it is an authority which has just made a mistake and does not understand the law. In other cases, it is a conscious attempt to manage a problem they are overwhelmed by. In some cases, they say they just do not have the staff to meet the number of applications,” he said.

One-third of cases analyzed by the ombudsman’s team involved councils in south-east England, often in affluent areas with high housing costs such as Berkshire, Sussex and Kent.

A Department for Communities and Local Government spokesperson told the Guardian.

“Tackling homelessness is a complex issue with no single solution, but we are determined to help the most vulnerable in society,” they said.

“That’s why we are providing over £1 billion up to 2020 to prevent and reduce all forms of homelessness and rough sleeping. We are also bringing in the Homelessness Reduction Act – the most ambitious legislation in decades that will mean people get the support they need earlier.”