Two teenage brothers from Brighton who were killed while fighting in Syria were radicalized under the noses of police and social services, a damning report has found.

Abdullah Deghayes, 18, and his 17-year-old brother, Jaffar, are the subjects of a serious case review published by the Brighton and Hove Local Safeguarding Children Board on Thursday. 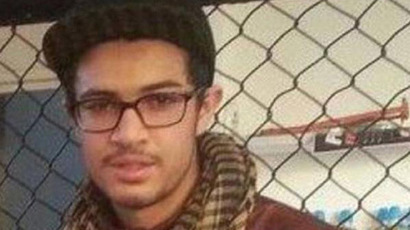 They were killed in 2014 after they followed their older brother, Amer, to Syria to fight for the Al-Qaeda-affiliated Al-Nusra Front, or Jabhat al-Nusra, today known as Jabhat Fateh al-Sham.

While their entire family had been monitored for years, authorities failed to identify tell-tale signs of radicalization and missed opportunities to intervene in the siblings’ lives, the report says.

It says police, youth and social workers, as well as counterterrorism officers, failed to share vital information, did not understand the part religion played in their lives, and failed to take proper action when extremist action was displayed.

The review says that as far back as 2012, Jaffar made threats to kill and told police who arrested him that “judgement day” was coming for police who “did not follow Allah.”

In 2013, concern was raised by a school that some young people were converting to Islam and that some had been paid by a relative of the brothers to attend a gym behind a place of worship. The report said no further information was obtained about the activities at the gym.

In the same year, Jaffar was referred to a panel following an “emotional” comment he made about Americans being “terrorists.” 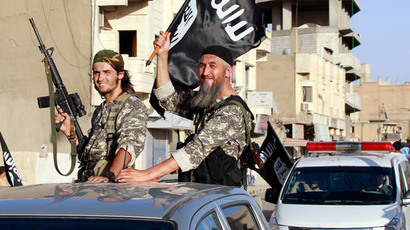 The panel, however, concluded he was “not at risk of being drawn into terror-related activities.”

These instances were “missed opportunities” to learn more about their activities, the report says, adding however that “at that time there was little local or national knowledge or understanding of the risks to children from being exploited into radicalization to go and fight in wars elsewhere in the world.”

The report also details the physical abuse the boys were subjected to by their father. He made them get up at 4.30am to study the Koran and punished them if he felt they were not studying properly, including whipping them with electrical wire.

In 2007, the boys’ uncle, Omar Deghayes, was released from Guantanamo Bay after being held for five years and awarded £1 million (US$1.3 million) in compensation. His return to Brighton led to an angry backlash among the local community, and the family were subjected to racism and bullying.

Graffiti reading “Behead All Muslims” was daubed near their home, their house attacked and windows broken by a mob in 2008, and in one instance, protesters dressed as Osama bin Laden and draped in KKK robes gathered outside their home.

The review says there had been “no recognition” that the three siblings were becoming vulnerable to radicalization. It says their radicalization was a total “shock and surprise” to authorities.

“There was no recognition that any of the siblings were becoming vulnerable to being exploited into radicalization. Nor was there much understanding of the part that religion played in their lives,” the report says.