The opioid epidemic’s death toll has been underestimated by a staggering 70,000 lives lost, new research reveals.

Since 1999, coroners in several US states have omitted the drug involved in overdose deaths from thousands of death certificates.

The new study from the University of Pittsburgh suggests that, for all of the attention it has garnered, there is much we still don’t know about the magnitude and drivers of the American opioid epidemic. 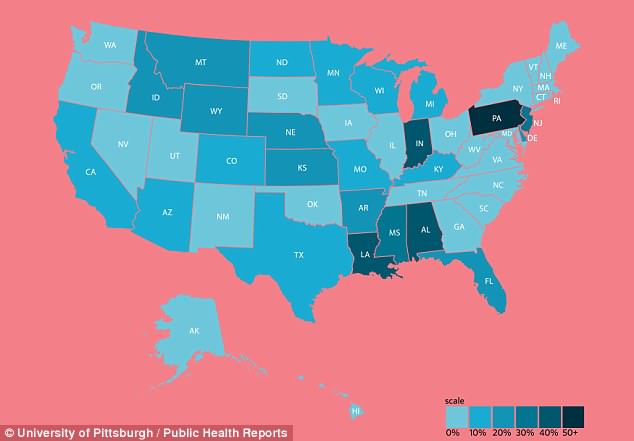 Opioid overdose deaths made headlines when they reached 64,000 in a single year, 2016.

Now, researchers have discovered that an even greater number of such deaths went undocumented over the least 17 years.

The University of Pittsburgh team found dramatic inconsistencies in death certificate reporting from state to state.

The National Center for Health Statistics assigns codes to each cause of death.

The team looked at the increases in drug-related deaths in three categories – opioid, non-opioid and deaths in which the type of drug involved in the death was unspecified – nationally and divided by state.