A man was shot dead in northwest London on Tuesday night, bringing the number of suspected murders in the capital this year to a record high of 63.

The Metropolitan Police was called to Cumberland Road outside Queensbury tube station at 9pm on Tuesday. A man in his 30s was in critical condition and died at the scene around an hour later.

A second man, understood to be in his 20s, was taken to hospital in north London after suffering a gunshot wound. He is said to be in a stable condition. 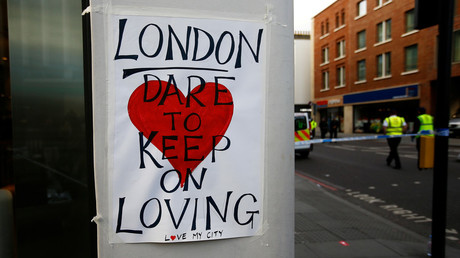 Detective Inspector Justin Howick of the Metropolitan Police said: “I would like to appeal to anyone with information to contact police at the earliest opportunity. Detectives are busy at the scene and working to build a clear picture of the circumstances of this fatal attack.”

The death has stoked fears that the murder crime rate in London could hit its highest levels in a decade. It was reported last month that the city’s murder toll had overtaken that of New York in both February and March.

Amid what has been branded a violent crime “epidemic,” former home secretary Amber Rudd launched a serious-violence strategy to clampdown on the rise in gun and knife crime, which has been steadily increasing since 2014.

The strategy, however, failed to mention that 20,000 personnel had been cut from police forces in the past eight years under the Tory government. The Guardian published leaked Home Office research suggesting the drop in police officers had “likely contributed” to the city’s knife crime and violence.

No arrests have been made over the shooting on Tuesday night, and police are in the process of informing the victim’s next-of-kin.