CCTV footage shows a one-armed man attacking an innocent bystander who was trying to break up a street fight. The attacker was later jailed for wounding his victim.

Brett Coole, who lost his arm as a youngster, broke the man’s collarbone and tore off his ear, which had to be glued back on, in the assault in Bristol. 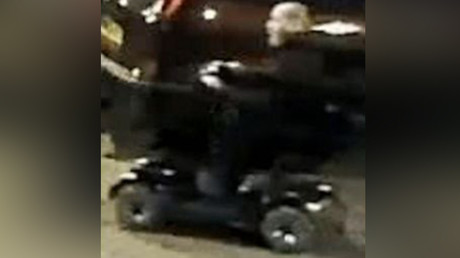 The vicious attack took place outside the King’s Arms pub in Kingswood, Bristol, after Jamie Thomas tried to intervene in a brawl between Coole and another man.

Coole pleaded guilty to the charges.At the sentencing, the judge told the defendant: “I don’t know what eats you up and makes you the angry man you are. What is for certain is there was no need to beat the man in the way that you did.

“You turned on a young man who was trying to break up a fight. You wounded him.”

Susan Cavendar, prosecuting, told the court: “Mr. Thomas tried to break up the fight. He has very little memory of what happened.

“He saw someone he recognized backing away and the next thing he remembers is being back in the pub.”

Coole had previously racked up 15 court appearances for 22 separate offenses including anti-social behavior and robbery.

His lawyer told the court Coole had acted out because he had heard someone was saying things behind his back. His client felt remorse, he added.

Coole was sentenced to a year in prison.