Barack Obama labelled Boris Johnson ‘Britain’s Trump’ after he became riled by the Foreign Secretary’s “racially-tinged” “part-Kenyan” remark about him, according to the former U.S President’s deputy national security adviser.

Johnson, a vocal Brexiteer, wrote an article in the Sun newspaper in April 2016 suggesting President Obama’s decision to replace a bust of Britain’s Winston Churchill with one of US civil rights leader Martin Luther King was a “symbol of the part-Kenyan president’s ancestral dislike of the British Empire of which Churchill had been such a fervent defender.” 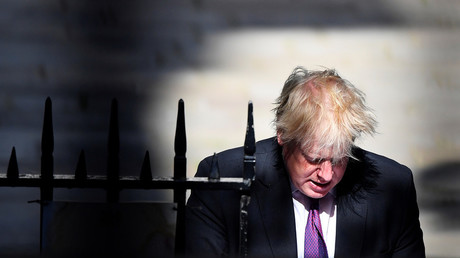 The Foreign Secretary’s attack on Obama came on the eve of the president’s visit to Britain, which was seen as a favor to David Cameron in an effort to strengthen the Remain campaign ahead of the 2016 EU Referendum. Rhodes says Johnson’s remark was “right at that line” of being racist, which mirrored attacks made by Republicans in the US.

Rhodes claims Obama was incensed by Johnson’s loaded remark. “He [Obama] felt like he had been a good friend to the UK . . . so it really did grate on him,” Rhodes said. “It was right at that line. At a minimum it was racially-tinged, because he had Kenyan ancestry he must hate the British. My joke was they were more subtle back home with their racial dog whistles.”

The Johnson revelation comes days after Rhodes told BBC 4’s Today programme that Cameron had asked Obama to publicly state that Britain would be “at the back of the queue” for a US trade deal after Brexit. Rhodes also suggested that the Leave campaign won the EU Referendum because the Remain camp didn’t have a passionate figurehead.

“Jeremy Corbyn didn’t feel like carrying the water for this,” he said. “David Cameron wasn’t a natural leader of that because most of his own party was against him. So there was a vacuum, Obama was trying to fill that space.”

He added that while the former president enjoyed a warm relationship with Britain’s Cameron, the same could not be said of his relations with current Prime Minister Theresa May.

“It was awkward. He campaigned against Brexit, she had this strange role to play of being the face of Brexit while joining this club with Obama and Merkel and Hollande that clearly none of them wanted this to happen,” Rhodes said.