A well regulated militia, being necessary to the security of a free state, the right of the people to keep and bear arms, shall not be infringed.

“The right of self-defense is the first law of nature…”

Most libertarians live within the intersection of these three ideas; leave it to Murray Rothbard to point out where and why this is not always valid.

Egalitarianism as a Revolt Against Nature, and Other Essays, by Murray Rothbard. 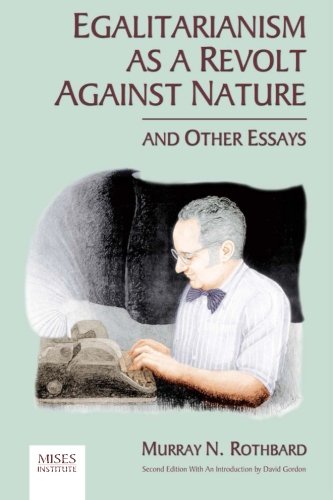 This chapter is entitled “War, Peace, and the State.”  I have read and used portions of this essay in some of my past work (here and here, when reviewing the book “Nuclear Deterrence, Morality and Realism”); I have not previously gone through the entire chapter in detail.

I am not sure how to properly phrase this: this might be my favorite work of Rothbard’s (of what I have read).  It is on the single-most important topic for libertarians to consider, and Rothbard introduces a wonderful method of deconstructing the use of weapons – one that runs counter to the intersection represented in the above three statements.

Rothbard introduces the reason why he decided to tackle this subject:

The libertarian movement has been chided by William F. Buckley, Jr., for failing to use its “strategic intelligence” in facing the major problems of our time. We have, indeed, been too often prone to “pursue our busy little seminars on whether or not to demunicipalize the garbage collectors” (as Buckley has contemptuously written), while ignoring and failing to apply libertarian theory to the most vital problem…