It’s time to push back on the US government’s “backdoor” spying on its citizens under the Foreign Intelligence Surveillance Act, and introduce stricter controls to protect civil liberties, attorney Michael Flanagan believes.

Last week, leaders of the US intelligence community urged Congress to reauthorize FISA section 702 before it expires at the end of the year, warning the US would become “less secure,” should lawmakers fail to renew it.

While the controversial section 702 was designed to allow the National Security Agency (NSA) to snoop on foreign targets outside the US without a warrant, it empowered the intelligence service to freely intercept Americans’ communications with foreigners, which sometimes ended up as ‘warrantless surveillance’ with other agencies, such as the FBI and CIA. The reauthorization would allow the provision to remain in place for another four years.

Opponents of the program claim the renewal “would create an easy path for the NSA to restart an invasive type of surveillance.” 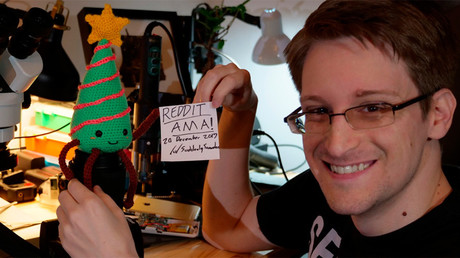 RT: The warrantless foreign spying program can maintain its operation until April 2018. What’s with the rush to extend it then?

Michael Flanagan: I think they are trying to cash in on some euphoria in Congress right now to get it done. Then there is series of mass-pass budget bills that are coming up that this would be easy to attach to. Personally I hope they don’t. I’ve never been a fan of FISA, and I know many of my Republican colleagues, and certainly my Democratic colleagues, are absolutely opposed to it. The concept was built during the Reagan administration and it was supposed to be used incredibly sparingly and with a great deal of oversight by the courts. And for the last few years reporting during the Obama administration, we know that not a single warrant was ever rejected by the court. And certainly the other provisions under the act have done nothing, but expand surveillance by the intelligence agencies. You want to be able to trust your government, you want to know that they are doing the right thing, and you want to nod and say: “Yes, I am sure they are doing the right thing.”

We’ve gotten to a point in our lives where they need to show that they are doing the right things. They don’t need to show anything under FISA. I think for it to be fully renewed some very stringent controls have to be put in – much more than simply a special court giving a rubber stamp approval for the behaviour largely, and for other behaviours like in this section, where they don’t need approval at all. They just go ahead and do what they like.

RT: Critics say the law enables ‘backdoors’ to collect data of US citizens. To what extent does this actually happen?

MF: I would say fairly extensively. Under the law, they are allowed to listen for just a ‘few seconds’, I mean it is regulated down to an actual time limit. I don’t know exactly what it is, but it is really a tiny amount of time that they are allowed to listen. But they get to keep to redialing the same frequency – keep listening for a few seconds, and turn it off and start again, and turn it off and start again. And you have more than a little bit of evidence that has happened in an effort to listen in other calls and when they are actually trying to listen to an American.

So you have a ridiculous subterfuge – gone through some crazy handstands that have gone through, simply to have intelligence agencies in the US spy on citizens of the US, which is absolute… There is no one in Congress who would approve such a thing. But this law allows them… a backdoor way to be able to do that.

RT: What about those who claim this renewal could be used as an opportunity to increase the range of US government surveillance?

MF: Like all law enforcement that wants ever increasing more potent weapons and more potent resources to be able to do their job. It is a compelling argument, and it is hard to say: ‘No, I am sorry you can’t have these things.’ But in a free society you have to weigh law enforcement; you have to weigh the ability of government to do what it does against civil liberties; and against the ability of the citizenry to behave and to work outside of the purview understanding and maybe even control of the government. 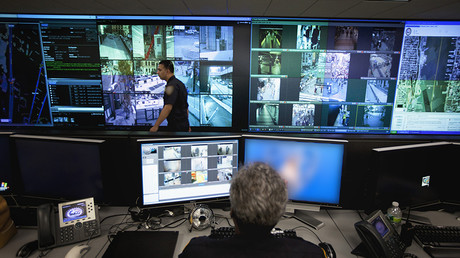 This is an ongoing friction. And for a long time the government has won this tug of war. The time has come when the government needs to be pushed back a little bit on this. Nobody is saying that they should stop. But there are some controls that need to be built in, and there has to be better diligence under the part of the intelligence agencies to observe the rule – not just a rule, but the spirit of protecting civil liberties.

RT: How can we ensure, today, that our information and rights are protected?

MF: I am sorry to be so blunt, but you can’t. If the bad guys don’t get it, now apparently at least under the FISA there is a chance the good guys will have it. We trust they won’t do anything bad with it, but we don’t know that. We need to know that – we need some safeties; we need some safeguards about that. I know there are a lot folks in the intelligence agencies grinding their teeth, saying: ‘What an idiot! I am not an idiot. I don’t want you to not be able to do what you do guys. I want you to be able to do what you do in such a way as the American people can have confidence that you’re protecting them inside of the scope of their civil liberties and in such a way as they can live with.’ That is what Congress ought to strive for in the reauthorization of FISA; in part like for the section, and in total as it comes out.