The UK has made it clear it won’t let Moscow meet Russian citizens ex-double agent Sergei Skripal and his daughter, as the dragging secretive probe into their poisoning speaks volumes to the observers, the Russian ambassador says.

“It has become clear that we will not get access to the Skripals. They [the British authorities] just will not provide it,” Russian envoy to the UK Alexander Yakovenko told journalists on Thursday, following his meeting with Philip Barton, the Director General, Consular and Security at the British Foreign Office. 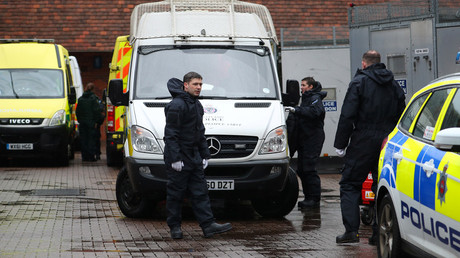 By blocking access to the Russians, London flagrantly violates its duties under a bilateral treaty on consular relations with Moscow, Yakovenko said. The true fate of the Skripals, meanwhile, remains unknown, he pointed out.

London maintains that the Skripals do not want to meet with Russian officials. However, neither the Russian ex-spy nor his daughter, Yulia, have publicly appeared to confirm it since the March poisoning. The Russian authorities never received any photos or voice recordings of the man and his daughter from the British side, Yakovenko said.

“We cannot conclusively establish what condition they are in as well as whether they are acting voluntary,” Yakovenko said, adding that the answers that Moscow continues to get from London are “empty and formalistic.”

The longer the UK protracts the investigation, the more countries see “the true nature of the policy conducted by the conservative government,” Yakovenko said, adding that “time is against London.” According to the diplomat, the situation has “put the reputation of the UK at risk.”

London has been denying Moscow access to the Skripals from the very beginning. First, Russian diplomats were barred from visiting the hospital where the two were treated. Then they were also prevented from meeting Yulia Skripal after the British authorities said she had recovered.

The UK also refused to issue a visa for Skripal’s niece, Viktoria, after she claimed that she would come and take her relatives back to Russia. Following a brief conversation with Yulia, Viktoria also said that her cousin sounded “coached” and “did not use her own words” during the only phone conversation between the relatives. 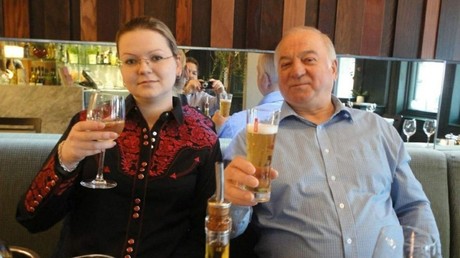 Later, it was reported that the US and British intelligence agencies may offer Sergei and Yulia Skripal new identities and relocation to a Five Eyes country. Moscow than denounced these plans by saying that any undercover resettlement of the former double agent and his daughter would be seen as “citizen abduction.” In mid-April, Russian UN envoy Vassily Nebenzia also accused the UK of systematically destroying evidence relating to the Salisbury incident.

The British stance on the poisoning of Skripla has remained unchanged. The British government accuses Russia of poisoning Yulia and Sergei Skripal back in early March 2018, using the nerve agent A-234, also known as Novichok. London continues to blame Moscow for the incident, claiming that Russia is the only country able to produce it.

While remaining largely unquestioned within the British mainstream media, this narrative seems to be falling apart against the background of the latest developments. Last week, Czech President Milos Zeman openly admitted that his country did produce and test a nerve agent of the so-called Novichok family.

Russian diplomats had earlier named the Czech Republic as one of the most probable countries from which the nerve agent might have come. The list also included Slovakia, Sweden and the UK itself.

The Organization for the Prohibition of Chemical Weapons (OPCW), an international chemical weapons watchdog, has repeatedly claimed it cannot identify the source of the agent that was allegedly used to poison the Skripals.