People watching Netflix on Verizon or AT&T mobile networks have been experiencing throttled video streaming service for years – but the often-controversial, much-maligned wireless carriers aren’t the ones to blame for the poor quality.

In fact, Netflix admitted that it has been throttling service on networks around the world for the last five years, the Wall Street Journal reported.

For its part, Netflix argues that it isn’t doing anything nefarious, and that the practice is meant to “protect consumers from exceeding mobile data caps,” which can result in high fees from carriers like Verizon and AT&T.

However, the behavior doesn’t just benefit consumers – it also benefits Netflix. The streaming service would potentially lose a lot of viewership if it didn’t cap data speeds, especially if consumers are worried they will hit data caps. According to WSJ, Netflix said that watching two hours of video on a mobile device at the HD level would require 6 gigabytes of data – a whole month’s worth of data for someone on Verizon’s $80-per-month plan. 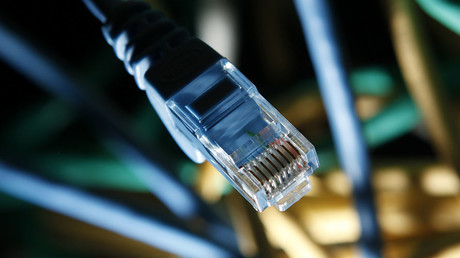 As CNET reported, though, Netflix’s argument ignores the fact that millions of AT&T customers actually have unlimited data plans. That means they are getting video of lesser quality, even though they have plenty of bandwidth for video streaming.

The company’s admission comes after both Verizon and AT&T were blasted for allegedly reducing video quality on mobile devices. The CEO of T-Mobile recently said viewers using those carriers were getting worse service, while both companies denied that was the case.

“We’re outraged to learn that Netflix is apparently throttling video for their AT&T customers without their knowledge or consent,” Jim Cicconi, AT&T’s senior executive vice president of external and legislative affairs, told WSJ.

A Verizon spokesperson maintained that the company does not throttle video content from any provider.

Meanwhile, carriers like T-Mobile and Sprint did not have video on their networks throttled, because Netflix said “historically those two companies have had more consumer-friendly policies.” Generally, they will reduce network speeds for customers that go over data limits instead of hitting them with fees.

Of course, Netflix has been a huge proponent of net neutrality, or the principle that companies should be required to treat all internet customers equally and not allowed to vary speeds. But while the Federal Trade Commission ruled last year that internet providers cannot throttle speeds or charge more for “fast lanes,” those rules don’t apply to content providers like Netflix.

Also on Thursday, Netflix explained its position further in a blog post announcing an upcoming data saver feature for mobile viewers. The feature will give the viewer the option of either streaming more video using less data or boosting video quality if they have a better plan.

“We believe restrictive data caps are bad for consumers and the Internet in general, creating a dilemma for those who increasingly rely on their mobile devices for entertainment, work and more,” company spokesperson Anne Marie Squeo wrote in a blog post.

“In an effort to protect our members from overage charges when they exceed mobile data caps, our default bitrate for viewing over mobile networks has been capped globally at 600 kilobits per second. It’s about striking a balance that ensures a good streaming experience while avoiding unplanned fines from mobile providers.”

Squeo said that the reduced speed “has not been an issue for our members.” She added that research shows mobile viewers are worried about data usage and aren’t as interested in getting the same resolution on small screens as they get on large televisions.