British PM Theresa May is complicit in the ‘crimes’ of her Israeli counterpart Benjamin Netanyahu, a leading UK-based Palestinian campaigner has told RT, a day before the Israeli leader visits London.

Netanyahu has this week been visiting his European allies, German Chancellor Angela Merkel in Berlin and French President Emmanuel Macron in Paris, lobbying them to follow the US and withdraw from the Iran nuclear deal.

While he plans to do the same with May, London-based Palestinian activists are demanding he face questions over the scores of Palestinians shot in Gaza by the Israeli military in the past two months. 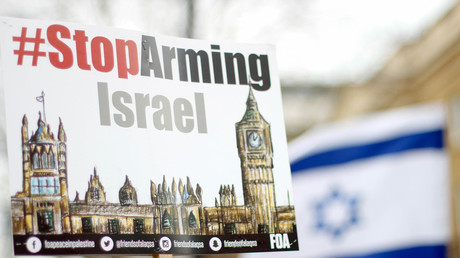 Up to 121 Palestinians have been killed and around 13,000 injured since the Great Return March started on March 30. Protesters marched to a fence, erected by the Israeli government, demanding the right to return to the land they were expelled or fled from following the creation of the State of Israel in 1948. As they approached the fence they were shot at. Israel claims most of the protesters were Hamas ‘terrorists’ trying to infiltrate their country.

In the UK, thousands are expected to protest outside Downing Street on Tuesday for all of those killed, which include Palestinian nurse Razan Al-Najjar ,21, who was shot dead by Israeli snipers last Friday while helping those injured by the Israel Defence Force’s use of live ammunition.

Up to 50 UK health workers signed a letter saying they are “deeply concerned about the level of violence” in Gaza, citing that Al-Najjar’s death was in “violation” of the Geneva Conventions. They called on the government to follow suit and urged the UN to launch an independent inquiry into her visibly unprovoked killing.

Adie Mormech, from Stop Arming Israel and previously a lecturer in Gaza, told RT: “Razan is the second Palestinian medic to be killed in the last 2 months and many more have been shot and injured.

“The horror of these crimes against the Palestinians is clear for all who dare to look, well documented by all the major human right organisations and amidst the ongoing, crippling 11 year siege of Gaza that I spent two years living in, when it was deplorable but not as bad as it is now.

“One has to ask, how many medics, with their hands in the air, have to be executed by the Israeli army until the world holds Israel to account?”

The Downing Street protest comes shortly after it surfaced that the UK’s defense contractors are selling a record amount of arms to Israel.

According to Campaign Against Arms Trade (CAAT), the UK last year issued £221m worth of arms licenses to defense contractors selling military equipment to Israel. A significant increase compared to £86 million ($114 million) in 2016.

Mormech said: “Britain has increased Israeli weapons exports the more Palestinians have been murdered. It is appalling and completely inexcusable that Israel is rewarded by Britain given the rivers of blood that are currently flowing through Gaza from the shootings and accompanying bombing campaigns. 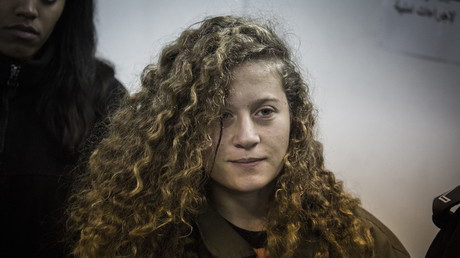 “The fact Netanyahu is visiting the UK says to me that these are partners in crimes, profiting from the spoils of the brutality with which Israel is treating the Palestinians.”

The recent escalation of violence has prompted various British politicians to demand the the government halts its arms sales to Israel, with Labour leader Jeremy Corbyn calling for their review in April.

The conduct by the IDF over the past sixty days has been met with international criticism from human rights organizations, who have called into question the appropriateness of using live ammunition against peaceful protesters. Israel blames Palestinian organization Hamas for the casualties, and claimed most of those killed were members of terrorist groups trying to make it into the country to attack Jewish forces and civilians.

The UN has launched a war crime investigation into what it described as Israel’s “wholly disproportionate” reaction to the protesters. The US was one of the two states opposed to the UN Human Rights Council’s resolution, while the UK was among the 14 to abstain.