The murder of an 18-year-old woman at a Bristol care home could have been prevented, according to a case review. The attacker had exhibited “aggressive and sexualized behavior” since childhood, and his victim had told staff she was afraid of him.

Melissa Mathieson, who had attention deficit hyperactivity disorder (ADHD) and autism, lived at the Alexandra House residential home, which looks after people with autism spectrum disorders including Asperger’s syndrome. 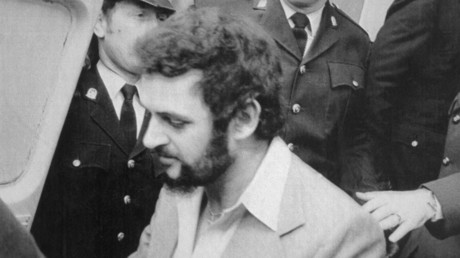 In October 2014, she was strangled by one of her fellow residents. Jason Conroy, also 18, had a necrophilia fetish and dreamed of having sex with a dead woman.

However, her death could have been prevented, according to a serious case review by Bristol Safeguarding Adults Board (BSAB), which found that she had complained to staff about Conroy mere hours before she met her tragic fate.

And just five weeks after Conroy’s arrival at the home, Mathieson told staff that he was stalking her, and that she was scared.

Such claims shouldn’t have come as a surprise to staff, who say they had previously seen Conroy lurking in the hallway near Mathieson’s bedroom, looking “anxious and agitated.”

In addition, Conroy had a known history of displaying “aggressive and sexualized behavior” since early childhood and had been in care since the age of seven, the Guardian reports, citing the review.

In fact, Conroy’s own mother – whom he had twice tried to kill – said she felt her son could not be trusted around women.

That assessment was corroborated by Conroy’s long history of threatening and attacking women.

His list of victims includes a female respite foster carer, whom he threatened to kill. He also tried to strange a female member of staff at a residential school, saying he wanted to have sex with her dead body, and twice tried to strangle another staff member.

Conroy also strangled a female employee at another residential school in March 2013, to the point of unconsciousness. He had previously sexually assaulted another female member of staff.

Alexandra House wasn’t in the dark about Conroy’s history. In fact, a forensic report given to the home warned staff that he presented a “high risk of future physical and sexually harmful behavior,” and that it was necessary for him to be closely supervised and that particular attention be paid to the fact that he preferred to attack young, petite women.

But Mathieson’s complaints – and Conroy’s dark history – were ignored, and the attacker was able to enter the 18-year-old’s third-floor bedroom and strangle her, before trying to drag her to his bedroom on the floor below, with the intention of having sex with her dead body.

It was only when staff members heard a loud noise that they came out to discover Mathieson’s unconscious body on the stairs and Conroy standing nearby. She died four days later.

But Mathieson was not only let down because the care home failed to take her complaints seriously. She was failed in multiple ways, according to the case review, which cited a lack of making proper risk assessments, especially in regards to the known risk that Conroy posed to women. It also cited a failure of communication between agencies and services.

“Sadly, the review found that Melissa’s death could have been prevented if better processes had been in place. At the heart of this review is a vulnerable young woman who lost her life, and I hope that the findings will help stop something like this from happening again,” BSAB chair Louise Lawton said.

Conroy, now 21, was jailed for life in 2015 for the murder, and told by the judge at Bristol Crown Court that he would serve at least 19 years before being considered for parole.