A Nazi-obsessed teenager has admitted to terrorism offences, just one year after being given a youth rehabilitation order when he was found guilty of constructing a pipe bomb.

Jack Coulson, 19, admitted on Monday to possessing a document or record for terrorist purposes when he appeared at Leeds Crown Court. The document in question, ‘The Big Book Of Mischief,’ contained information likely to be useful to a person seeking to commit acts of terrorism, the court heard. 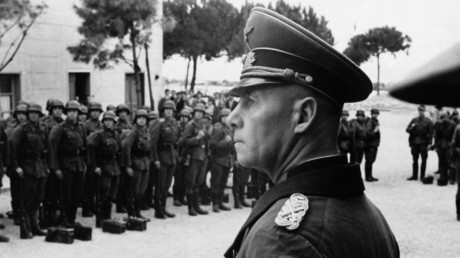 Coulson will be sentenced on Thursday.

In previous trials, Coulson was not named due his age. In early 2017, when he was facing trial for the possession of a pipe bomb, the court prohibited publication of his identity as he was 17 at the time.

His initial trial was instigated after police were alerted to his suspicious behavior through Snapchat messages, and found an explosive device in his desk upon searching his Bradford bedroom.

One of the Snapchat messages detailed by prosecutors was of a cartoon depiction of a mosque being blown up alongside the words: “It’s time to enact retribution upon the Muslim filth.”

The jury then heard how officers, upon searching his residence, found his room adorned with Nazi symbols, including swastikas and flags of the Waffen SS.

The teenager told the court that he had no intention of using the pipe bomb.

The first trial judge, Mr Justice Goss, said that Coulson was associated with the proscribed neo-Nazi organization National Action, and that his views led to him lauding the murderer of Labour MP Jo Cox.

Coulson was found guilty in February 2017 of constructing an explosive device but was then found innocent of terrorism offences. He was sentenced to a youth rehabilitation order to last three years, involving supervision and attendance of a year-long intervention program, not going on the internet, and not contacting proscribed groups.