Stories about vaccines in the popular press tend to be unabashedly one-sided, generally portraying vaccination as a universal (and essential) “good” with virtually no downside. This unscientific bias is particularly apparent in news reports about measles, which often are little more than hysterical diatribes against the unvaccinated.

Although public health authorities have made a case for measles eradication since the early 1980s, 50-plus years of mass measles vaccination and high levels of vaccine coverage have not managed to stop wild and vaccine-strain measles virus from circulating. Routine measles vaccination also has had some worrisome consequences. Perhaps the most significant of these is the shifting of measles risks to age groups formerly protected by natural immunity. Specifically, modern-day occurrences of measles have come to display a “bimodal” pattern in which “the two most affected populations are infants aged less than 1 year and adults older than 20 years”—the very population groups in whom measles complications can be the most clinically severe. As one group of researchers has stated, “The common knowledge indicating that measles [as well as mumps and rubella] are considered as benign diseases dates back to the pre-vaccine area and is not valid anymore.”

Before the introduction of measles vaccines in the 1960s, nearly all children contracted measles before adolescence, and parents and physicians accepted measles as a “more or less inevitable part of childhood.” In industrialized countries, measles morbidity and mortality already were low and declining, and many experts questioned whether a vaccine was even needed or would be used. 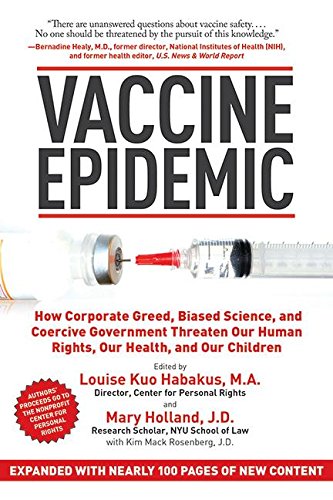