NASA has sent vials of frozen bull and human sperm samples to the International Space Station as part of a study aiming to determine whether mammals can conceive in zero gravity.

The frozen supplies for the experiment, dubbed Micro-11, were delivered to the ISS aboard SpaceX’s Dragon capsule. Astronauts will now thaw and chemically active the samples using a unique chemical concoction. 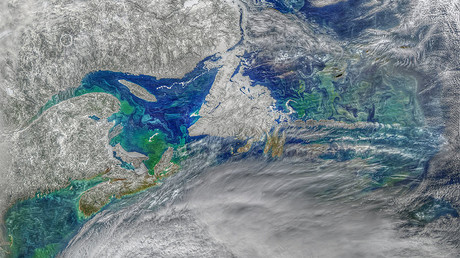 The sperm’s movements will be closely monitored and filmed as it swims toward and fuses with an egg. After the initial phase, the samples will be mixed with preservatives and then sent back to Earth, where the experiment can be completed.

“Based on previous experiments, it seems the lack of gravity facilitates sperm mobility,” Fathi Karouia, the lead scientist for NASA’s Micro-11 project, told reporters. “This is in line with other investigations on different model organisms which have shown that microgravity conditions trigger faster cell regeneration.”

Scientists chose to send bull and human sperm because bull sperm shows similar changes in movement and other markers of fertility as human sperm. Bull sperm, however, are more varied in motion and appearance than human sperm, which will allow researchers to detect subtle differences in the sperm of both species.

It is hoped that the study will answer whether weightlessness affects sperm and provide some much-needed intel on the biology of reproduction in space.

“We don’t know yet how long-duration spaceflight affects human reproductive health, and this investigation would be the first step in understanding the potential viability of reproduction in reduced-gravity conditions,” NASA wrote in a recent update.

“In addition, a successful base on the Moon or Mars may require self-perpetuating colonies of animals and plants.”