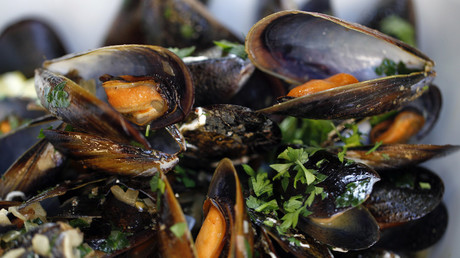 As the US continues to grapple with a widespread opioid epidemic, alarming research from Seattle indicates that the local population is consuming so much oxycodone that it’s seeping into the local water supply.

Scientists at the Washington Department of Fish and Wildlife have found trace amounts of oxycodone in the Puget Sound using a study involving mussels. The shellfish are filter feeders who gain nourishment from their surroundings, while simultaneously absorbing whatever contaminants are also in the water – making them an ideal barometer for environmental scientists to test water pollution in a given area.

“What we eat and what we excrete goes into the Puget Sound,” Jennifer Lanksbury, a biologist at the Washington Department of Fish and Wildlife, told CBS Seattle affiliate KIRO. “It’s telling me there’s a lot of people taking oxycodone in the Puget Sound area.”

Clean mussels taken from Whidbey Island were brought to 18 urbanized locations around Puget Sound. In three out of 18 locations, the mussels tested positive for trace amounts of oxycodone, though none were found in areas where commercial fishing takes place.

While mussels don’t actually metabolize drugs like oxycodone, fish do. Studies have even shown that certain species, like the zebrafish, will willingly dose themselves, if given the opportunity.

However, in this study, the amounts of opioids detected were thousands of times smaller than a human dose. It does, however, highlight just how prevalent opioid use is, with one in five Americans surveyed reporting that they personally knew someone who had been addicted to prescription painkillers. Exposure to opioid addiction was also twice as likely among white Americans than it was among the black population according to a Federal Reserve report.