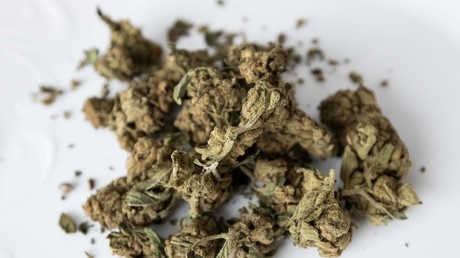 The mother of a six-year-old epileptic boy is the first person to legally bring medical cannabis into the UK after being given a special license by the Home Office.

Hannah Deacon, whose son Alfie Dingley relies on the class B drug to treat his epilepsy, was able to pass through London City Airport on Tuesday with a five-month supply of medical cannabis obtained in Amsterdam.

“Today, for the first time ever in this country, we have bought back THC oil through the airport legally, which is amazing,” Deacon said after passing through customs, as quoted by the PA.

The Home Office granted the family a license for the drug in June after a long battle.

Deacon, a carer from Kenilworth, Warwickshire, says the “miraculous” drug reduces Alfie’s seizures from 300 to one a month. The medicine will be given to Alfie’s GP, who should approve it for prescription, although Deacon may still have to repeat the whole process if the government does not allow for the plant-based drug to be rescheduled.

Home Secretary Sajid Javid announced the scheduling of the drug would be reviewed for medical purposes after the high-profile case of 12-year-old epileptic boy Billy Caldwell, whose mother Charlotte had a supply of cannabis oil taken off her at Heathrow Airport in June.

The government appears to have taken steps towards the reclassification of the drug after its chief medical adviser, Professor Dame Sally Davies, said there is “conclusive evidence” it helps treat some conditions. The Advisory Council for Misuse of Drugs will deliver an assessment on the issue in the following weeks.