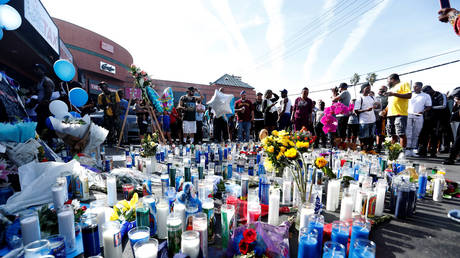 Several people have been injured at a memorial for Nipsey Hussle in South Los Angeles as a large crowd gathered to pay respects to the rapper, who was shot dead over the weekend.

“We do have injured in the chaos and are attempting to restore order,” LAPD said in a statement, rebuking initial reports which claimed that shots were fired at the vigil. It remains unclear how many people were injured during the event held outside of Nipsey’s Marathon Clothing store in South Los Angeles, but footage from the scene showed multiple people receiving medical attention from paramedics.

The injuries appear to have resulted from an apparent stampede at a candlelight vigil for rapper Nipsey Hussle, who was shot dead on Sunday in Los Angeles. It remains unclear what caused the chaos.