Former Trump campaign manager Paul Manafort has reportedly given a head-ups to two witnesses in his pending trial, so they would provide false statements on his lobbying work on behalf of Ukraine, court papers reveal.

The filing by FBI Special Counsel Robert Mueller’s office, submitted to DC District Court on Monday, accuses the disgraced former Donald Trump campaign manager of attempting to “secure materially false testimony” about the activities of the so-called “Hapsburg Group” of former senior European politicians that, according to an earlier indictment filed by Mueller, support Ukraine, “including by lobbying in the United States.” 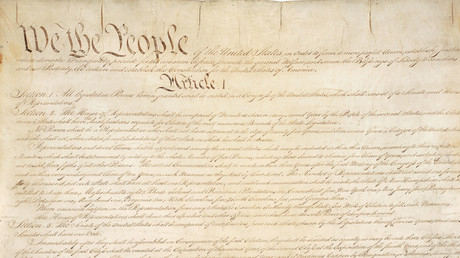 FBI special agent Brock Domin said that Manafort and his associate attempted to reach out to two members of the group, including by means of encrypted messages “in an effort to influence their testimony and otherwise conceal evidence.”

On February 26, Manafort is said to have sent a string of messages to one of his contacts. One of the messages was a link to a newspaper article, while the other was an invitation to talk and a warning that he “made clear” to the investigators that the activities of the group were limited to Europe.

That person subsequently told the investigators that he, as well as Manafort himself, was well aware of the fact that the group had extended its lobbying to the US and said that he saw Manafort’s intervention as an attempt to influence his testimony.

Manafort also repeatedly phoned and messaged another witness while on his $10 million bail and under house arrest. The court filing says that Manafort reportedly sought to alert the second witness about the direction the case was taking. However, he could not quite manage to do that, as that person hung up on him, telling the investigators that he was concerned by the sudden outreach. 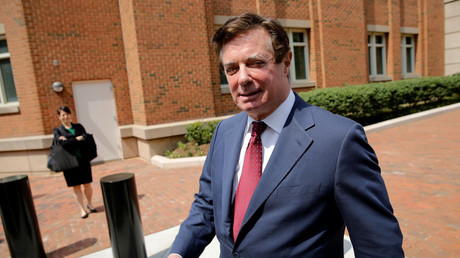 Apart from Manafort, an associate of his, who is not named in the court papers, also tried to contact the witnesses.

The FBI said that it had obtained statements from both of the witnesses as well as telephone records and documents Manafort stored on a cloud service, which show his communications with the witnesses.

Mueller’s team asked the DC judge to lock Manafort up, given that he had violated the terms of his bail by interfering with witnesses, writing that there’s “little confidence that restrictions short of Manafort’s detention assure Manafort’s compliance.”

Manafort worked for the Trump campaign between March and August of 2016. However, he became the center of Mueller’s investigation, whose focus has recently shifted from seeking proof of collusion between the Trump campaign and Russia in the run-up to the 2016 election, to looking into alleged obstruction of justice by Trump and his associates. Manafort was indicted in two courts on charges completely unrelated to the initial purpose of the investigation, which has yet to produce any solid evidence in support of the collusion or obstruction claims. He was indicted in Virginia on tax and bank fraud charges dating back to 2005 and 2007 and, in Washington, DC, on charges of failing to formally declare his lobbying efforts for the Ukrainian government between 2006 and 2015.

Manafort’s legal team disputes Mueller’s authority to run the investigation into matters that do not refer to his work on the campaign trail. However, the lawsuit brought by his lawyer challenging Mueller’s power was dismissed by US District Court Judge Amy Berman in April.