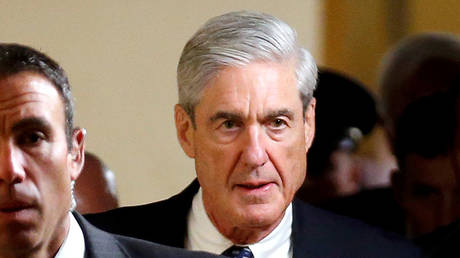 BuzzFeed reported that President Donald Trump directly instructed his former attorney Michael Cohen to lie to Congress about his plans to build a Trump Tower property in Moscow, citing two anonymous “federal law enforcement officials” as sources that the president had suborned perjury – which, being an actual crime, triggered talk of impeachment “walls closing in” among the anti-Trump “Resistance.“

Also on rt.com
What evidence? BuzzFeed fuels ‘Russiagate’ with bombshell report on Trump and Cohen


While half of Congress took to Twitter to wave the story as the long-awaited proof of Collusion, the BuzzFeed reporters could not seem to agree on their own sourcing. Anthony Cormier admitted to CNN he hadn’t seen the proof directly but had two “law enforcement” sources claiming they had seen it, while Jason Leopold told MSNBC they had in fact seen the documents themselves.

The smoking gun du jour collapsed further when word came down from Mueller himself – via spokesman Peter Carr – that Buzzfeed’s “description of specific statements to the Special Counsel’s Office, and characterization of documents and testimony obtained by this office, regarding Michael Cohen’s Congressional testimony” were “not accurate.”

Mueller has been extremely tight-lipped about the numerous previous “Russiagate” scoops, and considering the time and effort involved in his own ongoing crusade to take Trump down, his dismissal of BuzzFeed’s would-be bombshell knocked the legs out from under a story whose vague sourcing had already raised questions.

Mueller’s laconic smackdown has led many on Twitter to declare BuzzFeed officially discredited.

But Leopold & Cormier are holding on, even trying to pry more information out of the typically-taciturn Mueller with a tweet “urg[ing] the Special Counsel to make clear what he’s disputing.” Buzzfeed editor Ben Smith clarified in a call to CNN and MSNBC that it would be the “responsible thing” for Mueller to clarify his denial.