Former fans of Morrissey, the ex-frontman of legendary 80s indie band The Smiths, are to stage an anti-racism party in Manchester ‘in response to the Mancunian’s divisive views, and his support for the far-right.’

Dave Haslam, ex-DJ of the legendary Hacienda night club, famed for staging some of the most influential indie and house music in the 80s and early 90s, is the former fan behind the free ‘positive protest party’ event. It’s set to take place the same day Morrissey plays a gig a few hundred yards away from Haslam’s event, the Manchester Evening News reports.

Haslam says the motivation to stage the free anti-racism party has been instigated by Morrissey’s public support of the right wing, those he sees as “hate-slingers” who seek to “divide our community.” 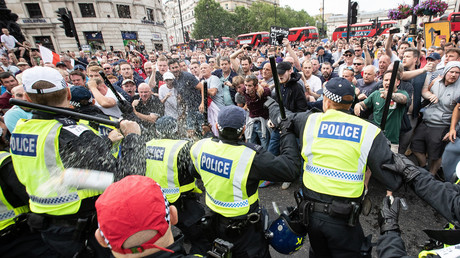 “Morrissey hasn’t lived in the city for 30 years – he lives abroad in tax exile – and has now joined the ranks of various right-wing politicians, tax exiles, tabloids, and media hate-slingers seeking to divide our community.

“There are counter arguments. There are many of them. But for now, I’ve decided to combat the hate by throwing a free party, a celebratory all-dayer of beautifully diverse soul-filled, hope-filled music.”

Haslam passionately believes that Manchester has benefited from immigration, and staging a music event is the perfect way to demonstrate to Morrissey that his divisive views are not reflective of his great multicultural city.

“Music brings people together. Strangers become brothers, sisters. All this positivity spreads into the city and beyond.”

The ex-Smiths frontman caused a stir on social media earlier this month, for criticising the “shocking treatment” of former EDL leader Tommy Robinson, who was jailed for 13 months after being found in “contempt of court”.

He has been vocal in his support for the right wing party, For Britain, set up by ex-Ukip candidate and anti-muslim activist, Anne Marie Waters.

“She is absolute leadership, she doesn’t read from a script, she believes in British heritage, freedom of speech, and she wants everyone in the UK to live under the same law,” he told Tremr, the experimental discussion and debating platform.

The NME reports that he has also referred to Hitler as ‘left wing’ and said that London Mayor Sadiq Khan “cannot talk properly” in his Manchester Central website.

In April, Morrissey caused yet more controversy when he claimed that “halal slaughter requires certification that can only be given by supporters of Isis”.

Haslam cheekily says of his event in July which he’s named, ‘One Nation Under A Groove’, running on the same day as Morrissey’s nearby gig that “it might not be coincidence”.

“Morrissey fans on their way to or back from his concert are more than welcome,” he adds.