England and Wales has the highest number of violent rapes in Europe, according to official statistics published Thursday. Almost a third of sex crimes in the EU were recorded by police forces in the two countries, the figures show.

Relative to the population in each European country, Sweden recorded the highest number, with 178 violent sexual crimes per 100,000 inhabitants, ahead of Scotland at 163 and Northern Ireland at 156.

“It should be borne in mind that the figures do not necessarily reflect the actual number of violent sex crimes,” Eurostat cautioned. “Rather than show to what extent such crimes are reported to and recorded by police. Therefore the variation between countries is also influenced by general awareness and attitudes to sexual violence offenders.” 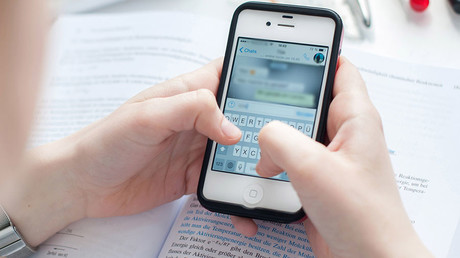 The figures were released as the Office for National Statistics (ONS) published a study that shows 1.2 million women and 700,000 men in the year to March 2017 reported being the victims of some form of domestic abuse in England and Wales.

While the estimated number of incidents of domestic abuse was 1.9 million, only 1.1 million reports of abuse were reported to police, indicating that many victims never go to the authorities.

Suzanne Jacob of the SafeLives domestic abuse charity told the Guardian, “Looking at this latest data from ONS we can see significant gaps in the response still exist for people experiencing abuse.

“Victims are not ‘hidden’ – they’re coming forward in increasing numbers – we’re simply not doing enough yet to see them and respond. We hope this new evidence will encourage agencies to work together to see the whole picture, putting in place the best response, at the earliest stage, for all members of the family.”