Months after merging with Bayer in a bid to bury a brand that has become as toxic as its products, Monsanto has lost its appeal in a historic lawsuit that found its Roundup herbicide responsible for a man’s cancer.

In August, a San Francisco jury awarded former school groundskeeper Dewayne Johnson $289 million in damages in a lawsuit alleging Monsanto’s glyphosate weed killer Roundup was responsible for his non-Hodgkins lymphoma. The verdict further confirmed that Monsanto “acted with malice” in concealing the carcinogenic risks of its products for decades. 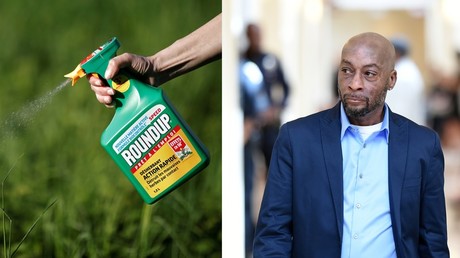 California state judge Suzanne Bolanos has rejected Bayer’s request for a new trial, instead opting to reduce the punitive part of the damages from $250 million to $39 million, equivalent to the amount the jury had awarded Johnson in compensatory damages. This adds up to a mandated payout of $78mn.

In addition to spraying Roundup and its analog Ranger Pro 30 times a year, Johnson was doused with the weed killer twice in on-the-job accidents and developed lymphoma within two years of the first mishap. As much as 80 percent of his body is covered in lesions, and his doctors did not think he’d live to see the jury verdict.

Johnson is satisfied with the verdict and hopes it leads Bayer and consumers alike to behave more responsibly. “I’m hoping that it snowballs and people really get the picture and they start to make decisions about what they eat, what they spray in their farms,” he told the Guardian. He hopes to see warning labels on Monsanto products, but isn’t holding his breath.

The confirmation of August’s verdict opens Bayer up to thousands of similar suits from plaintiffs with similar claims. The World Health Organization deemed glyphosate “probably carcinogenic to humans” in 2015, yet Johnson and others like him were told in training sessions that the weed killer was “safe enough to drink.”

Evidence emerged during Johnson’s case that Monsanto was not only suppressing research that confirmed the link between its products and cancer, but may actually be paying for its own “ghostwritten” research that would portray Roundup favorably.

Monsanto was sold to Bayer in June for $63 billion, and the massive new firm immediately chose to retire the Monsanto name. With a sordid history that includes Agent Orange and genetically-modified seeds in addition to glyphosate, the brand name had become too toxic.