US Treasury Secretary Steven Mnuchin spent almost $1 million on military liaison flights for himself and his entourage when he could have taken cheaper civilian flights, a transparency watchdog report says.

Citizens for Responsibility and Ethics in Washington (CREW), a left-leaning legal watchdog group, used a Freedom of Information Act (FOIA) request to obtain information on Mnuchin’s use of military flights for himself, his staff and, allegedly on one occasion, accompanying journalists and the secretary’s fiancee. CREW says the initial request was ignored and it took a lawsuit to acquire the documents, some of which were heavily redacted.

The watchdog’s report, released on Thursday, said Mnuchin used military passenger aircraft for domestic and overseas trips eight times between the spring and fall of 2017, often at a far greater cost than if he had used aircraft provided by the Federal Aviation Administration (FAA). 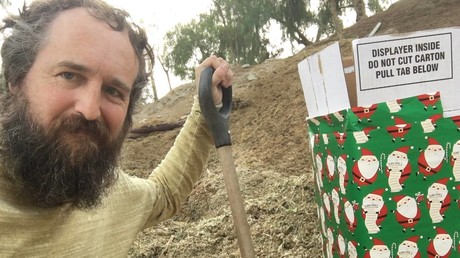 The report said Mnuchin made far greater use of Air Force planes than his predecessors, and had not taken any commercial airline flights on government business.

The treasury secretary, who is responsible for imposing sanctions on other governments Washington accuses of, among other things, improper advertising spending or misusing their nations’ resources, flew himself and four others down to Miami on June 15, 2017, which cost taxpayers $45,136. CREW said that flight was $18,000 more than an FAA flight would have cost and over $41,000 more than five airline tickets. The justification given was that Mnuchin needed to make a secure phone call in mid-air.

A June 9 trip to Ottawa in Canada cost a mere $900 more than an FAA charter, but CREW claimed the list of 20 passengers included six journalists and Louise Linton, Mnuchin’s fiancee at the time.

“The public still has no reasonable explanation for why Secretary Mnuchin apparently has never used commercial aircraft while his predecessors did, or why he needs military aircraft that can accommodate 120 passengers when his travel manifests contain far fewer names,” said CREW staffer Anne Weismann.

A Treasury Department spokesperson dismissed the CREW report as full of inaccuracies and misrepresentations, and insisted great effort was made to cut spending there.

“Even CREW concedes that the Secretary’s travel requests ‘bear a remarkable similarity’ to the requests submitted by secretaries in the Obama Administration, using the same approval process and level of justification,” the spokesperson said.