Climate change took a backseat to other issues in this year’s midterm elections, and humanity may end up paying the price. The majority of climate change-related ballot measures failed, many climate deniers in the Republican party won or kept their seats, and even Democratic winners were not pressed on their commitment to climate change legislation during their campaigns. In their minimal and skewed coverage of climate change issues, the media deserve a share of the blame for these losses. 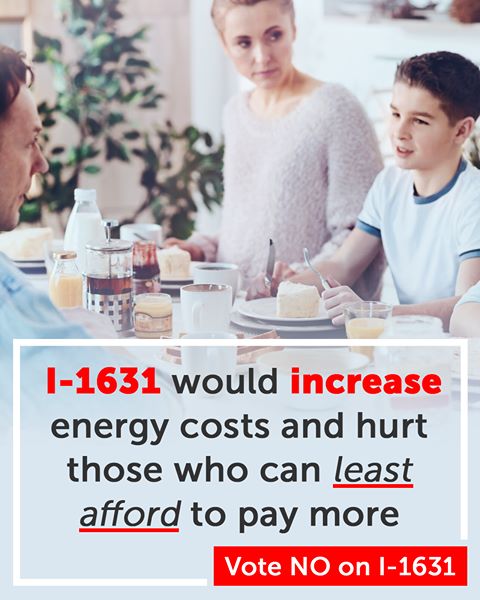 The biggest failure was the defeat of Initiative I-1631 in Washington state by a margin of 56 percent to 44 percent. The ballot measure would have imposed a fee on emitters of greenhouse gasses, reinvesting the projected $1 billion annual revenues into renewable energy solutions, including clean energy projects, green jobs, and transition assistance to communities in “pollution and health action areas” affected by climate change. While I-1631 was derisively called a carbon tax by opponents, it would more accurately be described as a carbon fee—with revenues reserved for the aforementioned programs, rather than going to the general state revenue pot.

The initiative would have accomplished the first step of what many climate scientists and activists say is one of the most effective actions for mitigating climate change: putting a price on carbon dioxide. Prices on carbon ranging from $50–100 per ton have been put forth by the World Bank as reasonable for achieving the goals of the Paris Climate Agreement, while a figure of $220 per ton has been found to more accurately represent the actual social costs of carbon. While I-1631 would have priced carbon at only $15 per ton in 2020, with annual increases that would top it out at $55 per ton, it would nonetheless have been the first explicit and substantial statewide carbon pricing initiative in the United States.

Carbon-pricing initiatives are obviously a major threat to profits of big fossil fuel companies, who in the past have helped kill more comprehensive carbon-pricing initiatives in Washington state, like 2016’s I-732 ballot measure and Gov. Jay Inslee’s attempt to push legislation through the state’s Democratic senate earlier this year. To defeat I-1631 in the most recent election, the fossil fuel groups enlisted corporate media that were all too willing to join in their opposition campaign.

Media Matters (11/2/18) detailed how oil companies like BP, Phillips 66 and Koch Industries gave over $31 million to industry trade groups like Western States Petroleum Association to shoot down the measure. I-1631’s diverse coalition of advocates raised half that amount. The fossil fuel company’s “No on 1631” campaign also spent $1.1 million on countless Facebook ads and $6.2 million on dozens of local television ads.

Other climate initiatives throughout the US also went down, and fossil fuel groups benefited from a plethora of negative articles and ads against the ballot measures. In Arizona, Proposition 127 was voted down by a margin of 69 to 31 percent. The ballot measure would have required power companies to derive half their electricity from renewable energy like solar and wind by 2030, expanding the state’s current law requiring 15 percent renewables by 2025.

The proposition campaign was the most expensive in Arizona history. Billionaire Tom Steyer and other groups spent over $23 million in support of 127, but opponents topped that with $30 million from Arizonans for Affordable Energy, funded by the owners of the state’s largest power provider, the Arizona Public Service Company (APS), and others in the state utility industry. 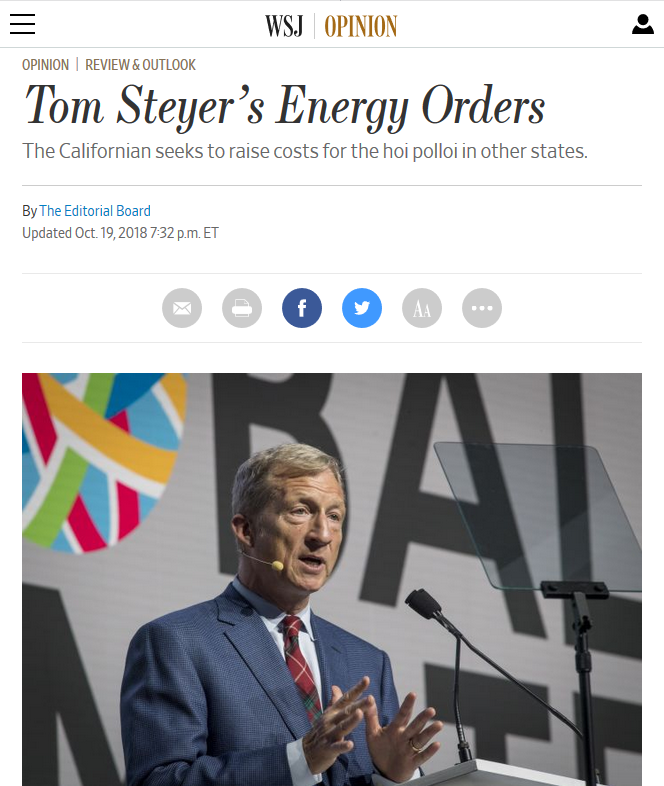 Compare this outcome with Nevada: like Arizona, it is a state with high solar potential and high risk of being rendered uninhabitable by rising temperatures. Sixty percent of Nevada voters passed Question 6, a measure that, like Arizona’s Proposition 127, mandates that utility companies get half their energy from renewable sources. Nevada was spared a negative media blitz against Question 6, most likely because the state’s energy monopoly stayed neutral on the measure.

Requirements for leaving fossil fuels in the ground, a necessity for halting the advance of climate change, was also shot down by voters. In Colorado, Proposition 112 (which would have essentially banned fracking by requiring 2,500 foot setbacks for oil and gas drilling operations from schools, homes and waterways) was voted down by a margin of 57 to 43 percent. Oil- and gas-funded industry group Protect Colorado, among others, spent $36 million to oppose the measure, even sponsoring another ballot measure (which also failed) that would have compensated fossil fuel firms for “lost income” from the fracking ban. By comparison, the Proposition 112 supporters, Colorado Rising, spent a meager $800,000.

Despite the public’s apparent support of the measure prior to the election, Proposition 112 received strikingly unified opposition from the state’s newspapers: The measure was attacked and dismissed by the editorial boards of the Denver Post (10/10/18), Colorado Springs Gazette (10/1/18) and Aurora Sentinel (10/1/18), while other anti-112 op-eds appeared in numerous other local papers in the state. Media Matters (11/5/18) noted that none of the newspapers that took a position on 112 mentioned climate change in their editorials, save the pro-112 Boulder Daily Camera (10/2/18).

Democratic control of the House and some key governorships and state houses are potentially positive developments for taking on climate change at the federal and state levels. Some progressive candidates campaigned (and won) on bold climate change-focused platforms advocating for a Green New Deal. Some newcomers like Alexandria Ocasio-Cortez are already demanding climate action legislative proposals from Democratic leadership.

However, the Democratic Party mostly steered clear of campaigning on climate change during the midterms. While some Democrats receive large campaign contributions from fossil fuel interests, the party’s reluctance to tackle climate change head-on could also be related to apparent lack of voter interest in the subject. While a majority of US voters tend to support climate change policies like carbon pricing, solar subsidies and renewable energy standards, climate change is shockingly low on voters’ list of policy priorities, far below issues like healthcare, gun policy or immigration. A potential reason climate is so low on the totem pole is the fact that climate change is routinely ignored by the media.

Despite the fossil fuel–fueled media blitz in some states, climate change figured little in most pre-election media coverage. Media Matters (11/6/18) found that of 78 major gubernatorial and Senate debates analyzed in the run-up to the November vote, only 23 featured a climate change question. Colorado gubernatorial winner Jared Polis even mentioned that voters asked him more about climate change than reporters did, while the New York Times, Politico and the LA Times seemed surprised that some Democrats were even running ads related to climate issues.

This dissonance on climate issues seems to be the rule rather than the exception. Major cable news networks mentioned climate change a whopping two times during their coverage of the historically deadly 2017 hurricane season, and frequently devoted more airtime to pressing issues like Roseanne Barr’s tweets.

MSNBC host Chris Hayes once noted that climate change is a “palpable ratings killer.” This may or may not be true, but if outlets actually took their duty of public accountability seriously, they would empower journalists and television producers to incorporate climate change into stories that warrant it.

While major newspapers like the New York Times often do solid reporting on climate, cable news networks hardly ever dedicate segments to climate change, and when they do, they are usually within a presidential context. In 2017, almost all of cable news networks’ mere 260 minutes of coverage on climate change revolved around Donald Trump—mostly on his announcement that the US would pull out of the Paris Climate Agreement. In their reporting, those networks often did not even challenge Trump’s frequent claim that climate change is a hoax, a failure that has long plagued the major networks. Climate deniers still even get guest spots on networks like PBS and CBS, who actually do better than the other major networks in covering climate change.

Keeping the planet healthy for habitation and saving the world from untold amounts of strife, struggle and conflict as a result of climate change is without a doubt the greatest challenge that the human race has faced thus far. There are many financial interests that run counter to tackling this monumental problem. All told, the fossil fuel industry spent over $100 million opposing climate change ballot initiatives in this year’s midterms, mostly successfully. The media played an active role as middleman in the fossil fuel companies’ propaganda-to-voter pipeline, while failing to do the reporting that might counter that propaganda, and encourage voters to see climate change as the urgent crisis that it is.

It’s hard to remain a neutral party on a sinking ship. The media continue to choose to ignore the severity of climate change in their reporting, while at the same time giving fossil fuel fat cats a megaphone to whip up opposition to solving it.