British Defence Secretary Michael Fallon has praised Donald Trump’s promise to keep US troops in Afghanistan after fears he was planning to pull them out.

The president, going against what he had said during the election campaign, announced on Monday that the US would not withdraw personnel as doing so would leave a power vacuum that could be filled by terrorists. 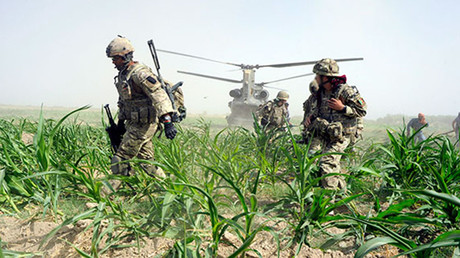 He called on NATO allies such as Britain to increase troops “in line with our own,” adding “we are confident they will.”

In response, Fallon said the US commitment was “welcome,” according to the Telegraph.

“In my call with [US Defense] Secretary Mattis yesterday we agreed that despite the challenges, we have to stay the course in Afghanistan to help build up its fragile democracy and reduce the terrorist threat to the West.

“It’s in all our interests that Afghanistan becomes more prosperous and safer: that’s why we announced our own troop increase back in June.”

According to the Guardian, the UK will re-think how military resources are deployed in Afghanistan but is not yet mulling an increase in troop numbers.

A senior defense source told the newspaper that it was premature to talk about raising the level of military personnel in Afghanistan as no direct requests had been made by the US.

Several US administration officials said that up to 4,000 additional US troops would be deployed to combat a resurgent Taliban and the growing number of Islamic State (IS, formerly ISIS/ISIL) fighters in the country, although Trump would not be drawn on numbers on Monday evening.

There are currently up to 585 British troops stationed in Afghanistan alongside 8,400 American soldiers.

Stop The War Coalition’s chief Lindsey German said the British government should remember that NATO powers never left Afghanistan, and their bombing in recent years has led to many civilian deaths and even greater resentment towards the west. 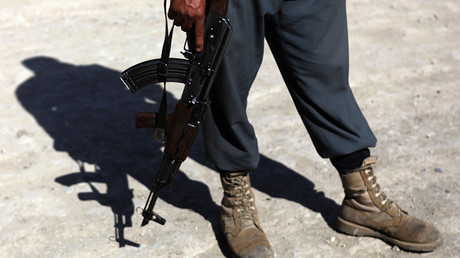 She said the Taliban even sent a letter to Trump last week calling on him to ignore his generals and stressing that “continued war only led to new recruits to fight against US forces.”

German said this, along with Trump’s saber rattling over North Korea, shows it is time for Britain to break its ‘special relationship’ with the US.

“There is a tremendous sense of weariness over these wars and a recognition that – far from ending terrorism – they are helping foment it. The solution offered by Trump in Afghanistan is no solution, for the people of Afghanistan or for anyone else.”

German added that Trump and May “flounder around with no idea how to end wars, and are therefore committed to carrying them on.”

“The cost to the rest of us is wasted lives, millions made refugees, instability and terrorism.

“May’s continued invitation to Trump for a state visit to Britain is a disgrace, and should be rescinded now. That, troop withdrawal and a change in foreign policy that breaks with Trump are the only antidotes to this continued disaster.”

US Defense Secretary Jim Mattis said in a statement that he would consult with NATO and other allies, adding that “several” had already committed to increasing troop numbers.

Before his election, Trump made repeated calls for the US to withdraw from Afghanistan, saying lives and money were being “wasted.”

On Monday, he said the realities of life in the White House caused him to change his mind.

“My original instinct was to pull out, and historically I like following my instincts, but all my life I’ve heard that decisions are very much different when you sit behind the desk in the Oval Office.”

Trump said he would not put a timescale on the end of the war, but would instead wait for certain conditions to be met on the ground. He declined to discuss further details on troop numbers, saying: “America’s enemies must never know our plans.”