Britain’s involvement in secret rendition operations during the ‘War on Terror’ caused a serious breakdown between the UK’s domestic and foreign intelligence services, M15 and M16, it has emerged.

Baroness Manningham-Buller, head of MI5 from 2002 to 2007, was so furious when she discovered the role MI6 played in abductions to Libya – which led to torture – she banned its staff from her department at Thames House, the Guardian reports, citing Whitehall sources. 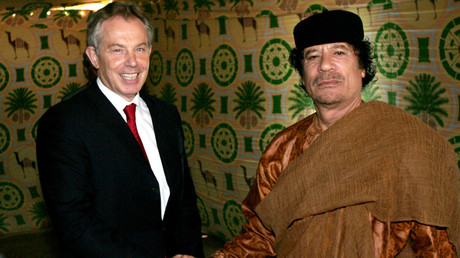 She also wrote to then-Prime Minister Tony Blair complaining that MI6 officers’ actions had threatened Britain’s intelligence gathering and may have compromised the security of MI5 officers and their informants.

The letter came at the height of the War on Terror launched after the September 11 attacks on the United States, and caused a major breakdown between the agencies.

“When [Manningham-Buller] found out what had gone on in Libya, she was evidently furious,” a source told the newspaper.

“I have never seen a letter quite like it. There was a serious rift between MI5 and MI6 at the time.”

Investigators found the letter when examining whether British intelligence officers should face criminal charges over the rendition of an exiled Libyan opposition leader, Abdul Hakim Belhaj.

Belhaj, a staunch critic of former Libyan dictator Muammar Gaddafi, was seized in the Thai capital, Bangkok, in 2004 in a joint UK-US operation and handed over to the CIA.

He says he was tortured and injected with “truth serum” before he and his family were flown to Tripoli to be interrogated.

According to documents found in Tripoli, five days before Belhaj was secretly flown to the Libyan capital, MI6 gave Gaddafi’s intelligence agency the French and Moroccan aliases used by Belhaj and provided the Libyans with intelligence that allowed the CIA to kidnap him.

Belhaj told the Guardian he was “very surprised that the British got involved in what was a very painful period of my life.

“I wasn’t allowed a bath for three years and I didn’t see the sun for one year.

“They hung me from the wall and kept me in an isolation cell. I was regularly tortured.” 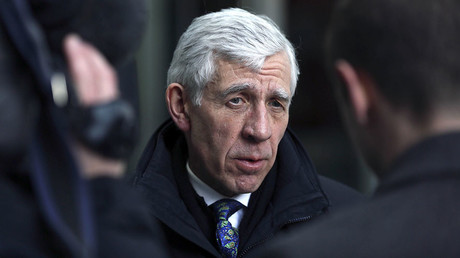 The British role was revealed after documents were found in ransacked offices of Libya’s intelligence offices following Gaddafi’s fall.

“I congratulate you on the safe arrival of [Abdul-Hakim Belhaj]. This was the least we could do for you and for Libya to demonstrate the remarkable relationship we have built over the years. I am so glad. I was grateful to you for helping the officer we sent out last week,” it said.

“[Belhaj’s] information on the situation in this country is of urgent importance to us. Amusingly, we got a request from the Americans to channel requests for information from [Belhaj] through the Americans. I have no intention of doing any such thing. The intelligence on [Belhaj] was British. I know I did not pay for the air cargo [Belhaj]. But I feel I have the right to deal with you direct on this and am very grateful for the help you are giving us.”

The investigation into the involvement of intelligence officers in Libyan rendition operations has been concluded by Scotland Yard. An announcement about whether or not to prosecute is imminent.

Whitehall sources have told the Guardian that police and prosecutors have been reviewing the issue for months. They say key witnesses claim they are unable to recall who authorized Britain’s involvement in the rendition program, who else knew about it or details of Belhaj’s abduction.

A lawyer at the international human rights organization Reprieve, which is representing Libyan families in their attempts to secure accountability, says the MI5 chief has a “right to be disgusted” over the MI6 involvement.

“You know MI6 under Blair’s government were running amok when their role in CIA kidnap operations turned even the stomachs of MI5. Yet now, according to this report, officials are exercising mass tactical amnesia over who signed off the most appalling abuses in the ‘war on terror.’

“Lady Manningham-Buller was right to be disgusted. The rendition of the Belhaj and al-Saadi families to Libya wasn’t just illegal. It broke every value Britons hold dear. It’s a damning assessment when even the hard-nosed head of MI5 could see that delivering a pregnant woman and four children to Gaddafi’s dungeons was wrong, pointless and made Britain less safe.

“There clearly is a case to answer here, and Reprieve aren’t the only ones who think so. We eagerly anticipate the long-delayed decision of the [Crown Prosecution Service].”

The relationship between MI5 and MI6 has now been repaired, the sources say.

Belhaj is demanding an apology and an acceptance of British guilt. He has taken his case to the Supreme Court, which is yet to hand down a judgment.