Meghan Markle’s half sister has called for former EDL-leader Tommy Robinson to be released from prison, days after he was jailed for 13 months for contempt of court. Markle tweeted a petition calling for Robinson’s release.

The half sister to the newly minted Duchess of Sussex called on UK PM Theresa May to ‘free’ Robinson, whose real name is Stephen Christopher Yaxley-Lennon, via a Change.org petition. The petition has been signed by more than 500,000 people, praises the behavior of Robinson and calls for the far-right campaigner’s release saying: “It’s time we stand together, stand strong, and stand by his side.”

Some of the Twittersphere threw their support behind Markle and Robinson, while others lashed out at the sister of royalty for piping up about British politics and for misunderstanding contempt of court law.

Robinson put a case – which includes 29 charges of child sex and neglect – at risk of a mistrial by live streaming within earshot of jurors as they entered the court. 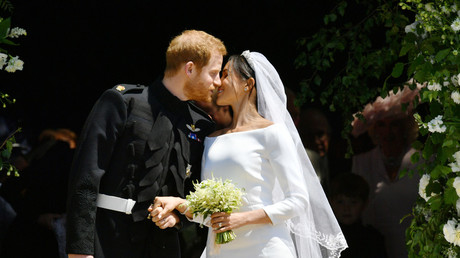 The hour-long video stream had been watched 250,000 times within hours of being posted on Facebook, Leeds Crown Court heard. On Friday, while Robinson was before the court, Judge Geoffrey Marson QC said: “No one could possibly conclude that it would be anything other than highly prejudicial to the defendants’ in the trial.”

“I respect everyone’s right to free speech,” Marson said. “That’s one of the most important rights that we have. With those rights come responsibilities. The responsibility to exercise that freedom of speech within the law. I am not sure you appreciate the potential consequence of what you have done.

“If the jurors in my present trial get to know of this video I will no doubt be faced with an application to discharge the jury. If I have to do that it will mean a re-trial, costing hundreds and hundreds and thousands of pounds,” he added.

Robinson was sentenced him to 13 months jail on Friday; ten months for contempt of court and an extra three months for blatantly disregarding the terms of his suspended sentence.