A historian determined to blow the lid on the UK government’s shady international dealings is releasing hundreds of declassified documents on an online database. “The British public has little idea what has been done,” he told RT.

Mark Curtis has recently created his own online database, aptly named ‘Declassified’ – a veritable A-Z of all secret dealings between Britain and virtually every country in the world. The comprehensive list of documents, sourced mostly from the UK’s National Archives, aims to provide a “snapshot only of the true history of British foreign policy since 1945” – think everything from Nazis to nuclear warfare. 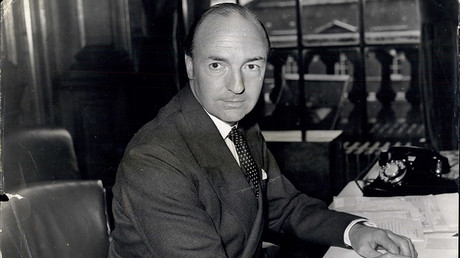 In an interview with RT, Curtis said he decided to compile the documents online as the “British public has little idea what has been done, and is being done, in their names.”

“I want everyone to be able to see at least some of the documents that I have seen because they tell a much truer story of this country’s real role in the world than they will hear on the BBC or read in The Telegraph,” said the historian.

“Of course, they don’t tell a full story – not least because UK officials have destroyed many of the documents relating to their policies in the past, surely deliberately to cover up their crimes.

“It should also be said that, in the set of files I’ve looked at and am releasing, there are many documents that are still censored. One can only imagine what is there,” he added.

The majority of the documents, while most are publicly available, are not available online. “The British mainstream media covers only a fraction of the reality of UK foreign policy and academic studies are largely absent or heavily sanitized,” Curtis said.

“They’re all technically in the public domain – housed in the National Archives and available to the public – but you have to physically go there to view them since most documents are not online.” 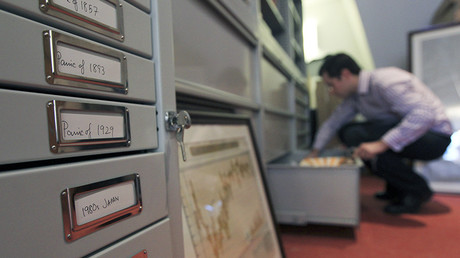 Curtis, who is drip-feeding the documents through his site, says he will be addressing some of the most “ignored episodes” in British foreign policy – such as the UK’s support for the Idi Amin coup in Uganda in 1971, the welcoming of the Pinochet military takeover in Chile, the covert operation to overthrow Sukarno in Indonesia in the late 1950s, and the covert UK war in Yemen in the 1960s.

Through his research, he said the files expose the true British mindset when it comes to dealing with international relations in the post-war world. “One is that there is no interest in the human rights of the people that live in regions like the Middle East, Africa or Asia – British policy is all about geopolitics, promoting commercial interests and upholding Britain’s power status,” Curtis said.

“Another theme is that the British public is largely viewed as a threat and they therefore shouldn’t be allowed to know what is being done in their names, so officials regularly reveal in the files that they are acting to keep those policies hidden.

“The danger is that the public might deflect elites from their policy course – this is unacceptable to Whitehall. This is, of course, consistent with the later burning and censoring of documents.”

Curtis, who has written multiple books on the UK’s often clandestine role in international relations, said many Britons are already questioning their government, and the role of social media and alternative news sources have a big part to play in unravelling the truth to the British public.

“We should be questioning government more but we should also be challenging the mainstream sources of ‘news’ and ‘information,’ which are actually keeping people in the dark or, even worse, pulling the wool over our eyes,” he said.

“Social and alternative media is very encouraging – this is where people should be getting more and more of their information, bypassing mainstream sources.”